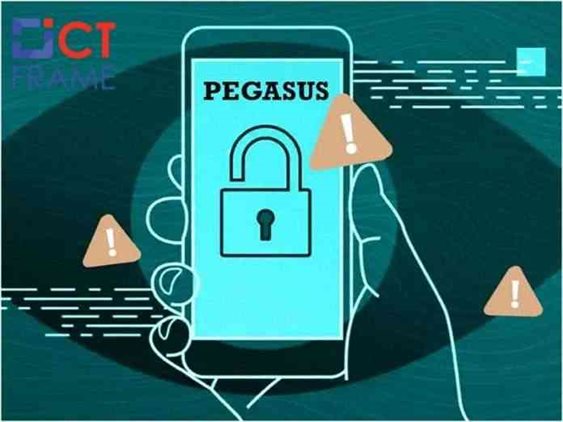 Pegasus is a highly sophisticated surveillance software that can monitor anyone’s activities by hacking their phone. It can hack the user’s phone.

Pegasus software has been in the news since 2016. At the time, human rights activists’ iPhones were hacked in the Arab world using this spyware.

Apple then solved the problem by making the update public. Cybersecurity investigators discovered that the software could damage Android smartphones in 2017.

Facebook also filed a lawsuit in 2019 alleging that it had created monitoring software for the NSO group. The NSO Group constantly stated that it will not be held responsible for any misuse of Pegasus software. The group claims to have given its software only to the government and not to any organization or individual.

What kind of software is Pegasus?

Pegasus is considered the world’s most dangerous spy software. This software is the most powerful spyware ever developed. Who can spy on both Android and iOS phones?

Once installed on the phone, it cannot be easily removed. This software can constantly monitor your personal information 24 hours a day. It frequently monitors almost all features, including passwords, contact lists, calendars, messages, microphones, cameras, and other messaging apps.

Pegasus can even track a user’s GPS location. It can send and receive messages on your mobile. You can use photos and videos from your call recorder to your advantage.

Can secretly record your video from the phone’s camera. It can also record your conversations using the mobile’s microphone. There are many ways to hack a user’s phone through Pegasus.

Sometimes hackers take the help of the link and sometimes the app is installed. It is said that the calling feature is used for WhatsApp. According to a report, this software can be installed on WhatsApp with just one miscellaneous.

How does Pegasus software hack the phone?

The specialty of Pegasus software is that the phone users do not know that their phone has spyware.

Hacking is done by clicking on the wrong link. This software can also be installed on WhatsApp voice calls by fixing security bugs.

Any missed call can also install the software. In this process, the hacker later removes the missed call from the call log.

Once the software is installed, it can access all the information on the phone. It can access messages, calls, app activity, user address, video camera, and microphone. It is also called modular malware by researchers.

This spyware can read people’s messages or emails, listen to calls. It can also take screenshots, view the browser, and call history.

The latest discussion of Pegasus spyware

In 2021, Pegasus software is once again in controversy. It has been found to target engineers and journalists in India using NSO spyware.

37 phones using NSO Pegasus software, including an engineer, a journalist, and two women. In 2016, the victims used the NSO tool.

It has also been revealed that the phone of New Delhi Nepali Ambassador Nilambar Acharya was hacked and spied on using Pegasus spy software.

The list of spies hacked by the phone also includes diplomats from countries close to India, according to a report in The Hindu, quoting Le Monde.

The Pegasus software came into use shortly after Indian Prime Minister Narendra Modi’s visit to Israel in July 2017 according to a report by Le Monde. During the visit, secret talks were held with Israeli Prime Minister Benjamin Netanyahu.

Pegasus has been accused of spying on more than 50,000 phone numbers in various countries. Along with, diplomats and ambassadors from Iran, Afghanistan, China, Nepal, and Saudi Arabia in New Delhi were in the report list.