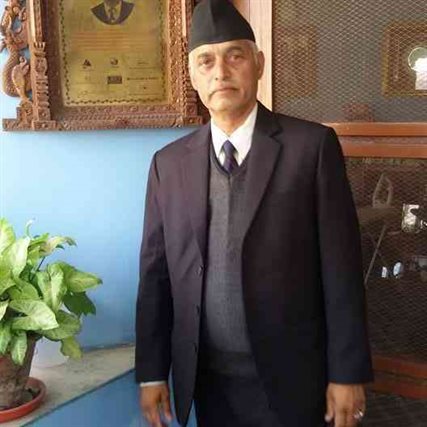 From two to four MB of Hard Disk and Purple XT monitor, it costs more than 80 thousand. Nepal’s capital, there were only two-four institutes and shops of computer, which teaches computer studies and sells computer as well. That time is not very old, about 20 years ago, in Nepal there came a trend of learn the computer. Meanwhile, C.N. (Chetnath) Upadhyaya who put his hand in computer business sector is still updated with the speed of technology.

The famous IT Personality Steve Jobs has said, ‘A person who has new kind of vision and ability to work differentiate between leadership. Because of that different and good work he has established a strong identity in the IT Sector. Without formal education also, work in this area is possible, for this sentence C.N. Upadhyaya has become an example.C.N. Upadhyaya who was born in a remote settlement of mountain district on October 18, 1959, received primary education in Assam. Bachelor in Geography graduated Upadhyaya, get in, in the information technology sector by seeing and doing much from it. He remembers, “Whatever education he had studied, he is happy with the world is going update on the technology sector

Assam’s education and work experience of Nepal has taught Upadhyaya lots of things in life. In year 038, after returning to Nepal, he got an opportunity to work in the Central Bureau Department. To manage Census data and to organize in the same year for the first time in Nepal called ICL 1401 named main computer frame was brought.  Due to the ICL computer which was supported by the government of UK has started ‘National Computer Center ‘ from which for the first time Upadhayaya took the first step towards the network. Then Upadhayaya who has experienced in supporting press, Recast, Morang Auto works got a permanent job in Nepal Stock Agency. Till 21 years Upadhyaya working in the Stock Exchange, he contributed for the computerized system there.

With working days, he also opened a Computer Institute and started IT business. At that time, 20 years ago and now, there is a difference between sky and land. At that time, he has experience of Thailand ordering 1 million 80 thousand second-hand. During that time, Nepal had also got a wave of learning the computer. Institute had excess work. He says, “In those days Nepal was before India in using computers. From India, many traders came to Nepal to buy the assembled computer parts. “In 1981 the person like Muni Bahadur had already manufactured micro-computer. Recalling that thing Upadhyaya says, “in this time interval, India has left us behind, we’re embroiled somewhere here.’ When such a situation arises, related company and government failed to reach its importance, said Upadhyaya.

In those days, the XT computer was considered a perfect one and the latest one. People used to advertise as the institute where learning is done through the XT computer. C.N. Upadhayaya has got the experience of making as well as selling 40 XT computers. In Nepal computer business had got increasing and encouraging because of this only for the people who were and wanted to engage in IT sector, there came an idea of establishing Computer Association of Nepal (CAN), he said. In the initiation of me and my colleagues Deepak Thapa, on 2nd May 1992 CAN was found. Reflecting that day CAN is celebrating that day as ICT Day. Thinking that the institution is required to register formally, after whole one year’s hard work on 1994 Sanjib Rajbhandari as President and C.N. Upadhyaya as Treasurer and other nine committee members, it was finally made.

The CAN info which was established in 1995 in Balwatar Hotel has reached 18 editions. Upadhyaya who started the concept of CAN InfoTech has brought the idea of combining 13 InfoTech. The starter of   IT Expo Upadhyaya has been combing the ICT Info Trade for the last five years.  Upadhyaya left that organization in 2007 after working for a very long time.  After failing to organize economic crisis, Sagardev Lakhe Ram Sharan Pandey, Shisir Upadhyaya, Bheshraj Poudel, Roshan Bhandari including the entire group started ICT Association of Nepal. ICT Association has already held five ICT Expo Branding. IN such Expo’s coordinator C.N. Upadhyaya name has always been there. Now he is the Treasurer of ICT Associations and president of Zoom Event Management.

Upadhyaya who has organized dozens of successful IT Expo, whenever we ask him our question which expo is the most successful one, he remembered and said – 2003 CAN InfoTech. In those days, the number of people who came to visit exhibition was very high because of which army had to surround the control. The then Crown Prince Dipendra Shah inaugurated the expo which became exciting, excellent and many experiences were gained by him. When he was there in the ICT Association of Nepal, with his leadership branding Expo was started. The association, now, not only for Businessman but also provides a computer in remote areas, and some foreign university students are being given a scholarship.

For organizing Expo, Kathmandu didn’t have right and open place it had become a problem, he said. This thing has also been told by CAN and ICT Association. “We are prepared to make the building, if you are ready to give us land,” saying this also government didn’t show any interest in this. Of course, life is full of complaints and complaint. Life becomes the way, where we learned to live as. Having the thought of Simple living and high thinking, Upadhyaya has not experienced many sorrows in life. “I never do the work which gives tension and sorrow to another person, that’s why I can always be happy,” said Upadhyaya. It’s not enough if the private sector gives dedication to something; the government’s help is inevitable. The government has never been able to look at the best in the ICT sector, he said. Many governance systems changed, but the attitude of seeing ICT sector has not changed yet.

Upadhyaya who is seen energetic and cheerful says, if you work in the field according to your skills and interest, then success doesn’t need to wait for a long time. I work for self-satisfaction. Either Young or older I can be comfortable with any age group, that why I get success in the work, I do. The person with two sons, a daughter, and a wife with a happy family is always seen as energetic and cheerful. Though he couldn’t get a formal education, he made his both sons study mobile and network and electronics engineering. In 53 years of age also Upadhyaya doing tremendous work has not decreased. Living in Small and happy family, for his name and honor is more valuable than money. He says, ‘Since my childhood, I have been living in a foreign country, but that country was never best for me. Working and staying in your own country gives pleasure. I like millet of my own country. Foreign money is found, but respect is not. Money is never enough for people. “

Upadhyaya who spent a long time in ICT sector has received more than half a dozen award prize. Contributing his best in ICT, in 2001, he was awarded by CAN. Similarly, from Best Management CAN InfoTech he was awarded in 2005. Similarly, giving 3 decades contribution to ICT in 2010, he was awarded the Special Award. Not going in the back of award and giving continuous contribution for three decades in the ICT sector, presenting Upadhyaya in Living with ICT in Bhadra month as ICT profile we felt proud. 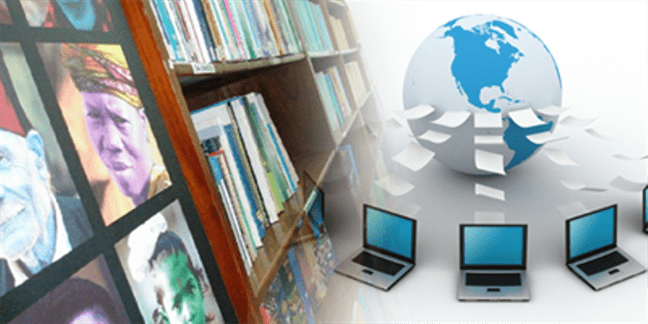