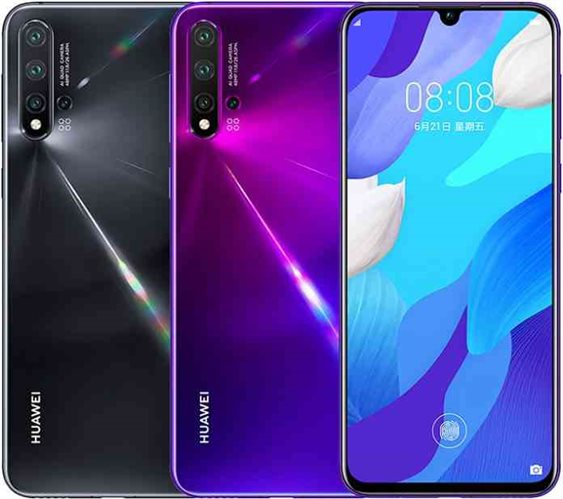 For some time now, Huawei has been thought of as a top pick in the Nepali mobile market. But it hasn’t been too blessed with all the controversy around its trade relationship with the USA. The Chinese mobile brand has returned to track for the upcoming season. Huawei is on the brink of launching a new phone to address the impending festive season. So, this time, they decided to launch the Huawei Nova 5T. The Nova 5T is a camera-centered smartphone with four cameras on the rear side.

The camera is the phone’s main highlight, so we’ll focus on it for now. A quad-camera configuration on the back is seen on the phone. The four cameras consist of a primary 48MP camera using a Sony sensor and an f/1.8 lens. The setup is fulfilled by an ultra-wide-angle 16MP camera, lens a 2MP macro lens and a 2MP depth sensor. A 32MP selfie shooter lies on the front side just below the punch-hole cutout.

The HiSilicon Kirin 980 chipset, the flagship SoC for Huawei which is backed up by an 8GB RAM, will surely provide a fantastic performance. The GPU Turbo 3.0 meets the criteria for smooth gameplay even for robust games with high demands.

The Huawei Nova 5T provides 128 GB internal storage but lacks the SD Card slot. So, this might be considered a drawback. However, it does have a sizeable on-board memory, so it might just turn out fine.

The phone houses a 6.26-inch IPS panel with Full HD resolution. Just above the camera, a small punch hole cutout is present like Samsung Flagship devices, Vivo Z1 Pro and Galaxy M40. Since the phone lacks an OLED panel, the option for the in-display fingerprint is cutout. But what’s impressive is how they were able to fit the fingerprint sensor on the side of the phone. The Nova 5T supports Face Unlock feature.

A 3750 mAh battery powers the phone along with 22.5 watts supercharge support that claims to charge up 50% battery in under 25 minutes.

The company is targeting the Dashain season for the launch so the phone might be released near the end of Bhadra. With speculations of the phone’s prices in other countries, the phone is expected to cost around Rs. 50,000.