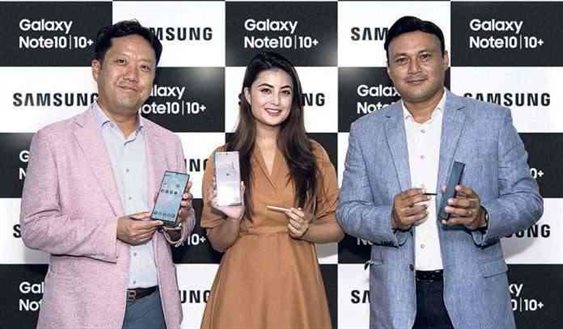 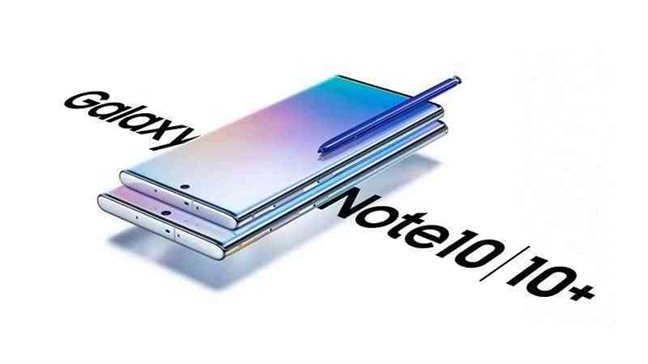 Samsung is one of the well-known brands in the world. Users around the world will use Samsung’s various electronics devices.

According to a study conducted with mobile (cell phone) users, over 50% of consumers choose Samsung. So Samsung is one of the best companies in the world.

The company is expanding Samsung’s products worldwide by establishing its production plants in various countries and locations around the world. Korean brand Samsung is considered very popular in the Nepali market. Many products, including Samsung TV, mobile, washing machine, refrigerator, micro oven, are available in the market.

Samsung is also known for its superior and high-range mobile phone products, especially over other products. The company is offering new technology and multidimensional products to market over time.

Recently, Samsung has unveiled its new series of cell phones (mobiles) in the Nepalese market. The company has introduced the Samsung Note 10 and Note 10 Plus. The company claims these phones are the best product ever.

How useful are these phones in the Nepalese market in terms of usage, requirements, and superiority? In this regard, we have tried to know the new phones Samsung Note 10 and Note 10 Plus with the company. Here is the conversation with Pranaya Ratna, General Manager of Samsung Electronics.

Samsung has released two phones of Galaxy Note series ‘Galaxy Note 10’ and ‘Note 10 Plus’ in the market. How is the response?

Of course. Just last week we unveiled Samsung’s new product Samsung Galaxy Note 10 and Note 10 Plus in the Nepalese market. These phones are Samsung’s best products ever.

What Kind of Phones Are The Galaxy Note Series Note 10, Note 10 Plus? What are its features?

The Galaxy Note Series should be considered as a premium smartphone. The premiums found on these phones are not the same as on other phones. The same cannot be found on the phones of the S Series, J Series, and other series. Users who use the Samsung Note Series do not want to be switched to other series.

Which users are the target group of Samsung Note 7?

This phone is especially useful for those who get involved in specific official project work. Most of the formal and documentary tasks can be done by phone. Documentation presentation can be done quickly by S Pen available in Note 10.

It is heard that illegal traders in the market illegally trade such as cellphones cheaply. How much has it affected legal practitioners like you?

Certainly. Good question Nowadays, the market is being trafficked and traded by illegal means. It indeed has troubled legitimate businessmen like us.