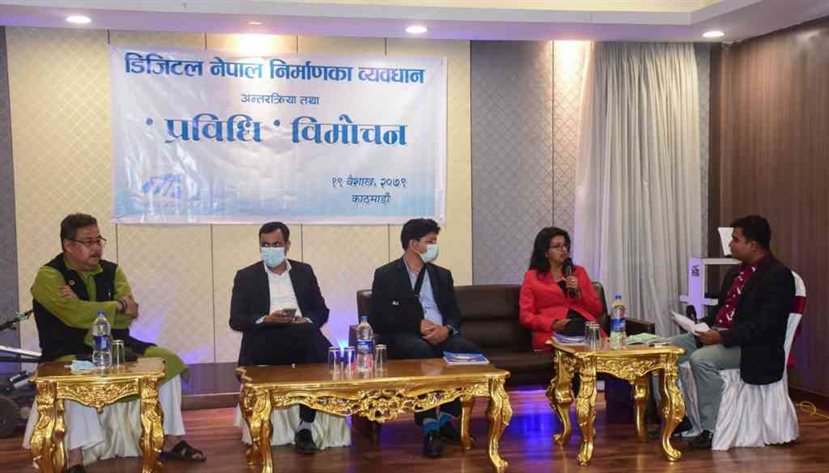 The Nepalese government has committed a 22 billion rupee investment in the Digital Nepal Framework initiative. The monies will be used to carry out some of the important initiatives that the popular ICT handbook anticipates for the country.

The Digital Nepal Framework (DNF) is an ambitious and well-known guideline that outlines a strategy for increasing digital literacy and promoting ICT progress. The government released the Digital Nepal Framework on 5 Kartik 2076, which contains 80 activities in eight categories. The Framework is the driving force behind Nepal’s digital transformation. And, despite inspiring an explosion of ICT growth in recent years, notably following the craze for ‘digital,’ the government has yet to give a big and tangible commitment.

After three years, the government has finally declared that 22 billion rupees will be channeled into the project. This sum is the result of a partnership between the MoCIT and the World Bank. The World Bank would spend 17 billion rupees, with 5 billion rupees in business loans, according to Gorkhapatra.

The ministry has created a draft for the scope of the Digital Nepal Framework investment and is openly soliciting ideas.

“The investment would benefit not just government entities, but also the business sector,” adds MoCIT secretary Baikuntha Aryal. The negotiations to bring in the investment are continuing.”