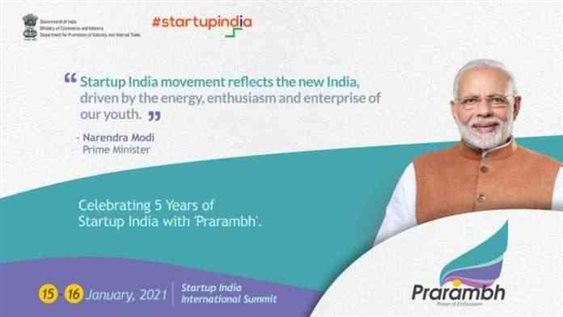 He announced a seed capital fund of Rs 1,000 crore to set up and grow startups.

To provide initial funding for startups, the country is launching a Startup India Seed Fund worth Rs 1,000 crore. This will help start and grow new startups.

He said that through the Fund of Funds, start-ups are already receiving support to raise capital and move forward.

The government will also help start-ups to raise debt capital by offering guarantees.

Bishwas Dhakal of Nepali fintech company E-Sewa was also present in the program.

The program is organized through a virtual medium. He said that he has been working in the field of information technology. Since the age of 22, and told about the situation of E-Sewa from the beginning.

“Internet access was minimal at that time, and we started the service based on agents.” He said at the event.

He also spoke about the recent success of E-Sewa.

“Currently, we are serving more than 50 percent of Nepalese. And have become the highest tax-paying company in the IT sector.” He said.

Similarly, he said that he is working to remove digital discrimination by participating in the Digital Nepal campaign.

At the same event, the Prime Minister of India also announced an investment fund of Rs. 1000 cores. He said that a large population of the region could benefit from the united effort.

We are trying to create a startup system which is based on the mantra of the youth, by the youth, for the youth.” Modi said.

Adding that the Start-Up-India movement is completing five years. On the very same day that India kick-started its biggest vaccination drives.

“The aim for the next five years should be that our startups become global giants,” he said.

Modi said that in 2014, there were only four startups in India in the Unicorn Group, but today more than 30 startups have crossed the $1 billion mark, of which 11 startups joined the Unicorn Club in 2020 during the Covid-19 crisis.

The Prime Minister said that India today is one of the biggest nations in the start-up ecosystem. With more than 41,000 start-ups who are involved in one mission. And the other in the country with nearly 5,700 in the IT sector, 3,600 in the health sector, and 1,700 startups in agriculture.