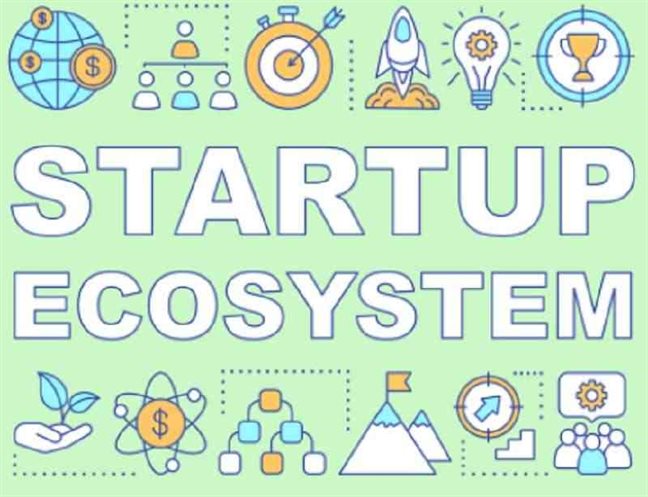 Startups in India are attempting to identify effective solutions while also acting as conduits for socioeconomic growth and transformation through innovation and scalable technology.

India’s startup environment has grown dramatically during the previous two decades. Some startups have existed since the year 2000. This ecology, however, has not yet reached maturity.

There are few incubators and accelerators, and there are few active investors. Since 2000, several investors have successfully departed the endeavor, and the number of startups has increased significantly in the previous decade, earning support in all dimensions.

The Indian startup environment has changed dramatically during the previous decade. India’s business circles have come a long way toward entrepreneurship. It has aided in the development of startup ecosystems that thrive on new technology and inventions, hence fostering an atmosphere favorable to job creation and entrepreneurship.

As a result, private equity and venture capital (PEVC) investors in India are quickly expanding, boosting their startup investment, which looks to have increased tremendously this decade. A substantial number of startups are being established. Not just in the realm of technology, but also in consumer, financial, and logistical services.

The fast expansion of India’s startup ecosystem may be attributed to four major causes. They are listed below.

Because of the enormous commercial potential of startups, India is often recognized as the “poster child of the growing market.” Every specific kind of goods has its enormous market potential in a country with a population of roughly 1.3 billion people.

Economic changes in the 1990s contributed to India’s transition to a market-based economy.

Overall economic growth has grown more dynamic as a result of this liberalism. The Indian economy’s GDP hit 2.726 trillion in 2017. When India’s GDP increased by 7% in 2018, it became the world’s fastest-growing economy. As a result, it is recognized that the Indian market can give several chances to entrepreneurs.

At the same time, India’s demographic condition provides an additional benefit. Half of the population is under the age of 25, and they are extremely excited. Between 1980 and 2000, over 700 million individuals were born with the potential to have materialistic desires as well as the ability to spend and make those dreams a reality.

Startups rely on market access as well as the ability to locate and profit from customers.

The Aadhaar biometric ID system, implemented in 2009, makes it easier for businesses to authenticate their clients’ information using the unique identification number assigned to Indian people.

India Stack included Aadhaar and a payment system. The India Stack was envisioned as a new social infrastructure to convert India into a 21st-century digital economy. The government’s objective was to expand financial inclusion to support the 2016 banknote demonetization and encourage fintech firms. Fintech businesses received the most funding in 2018.

Strengthening political will and government support

The Indian government is on a quest to develop a robust startup environment, which is admirable. The government has launched several programs and schemes to assist entrepreneurs.

India Initiatives is a significant startup. It offers tax benefits to investors that engage in product innovation, development, and ‘prosperity.’ The program is intended to assist businesses in expanding their contacts with customers and investors by offering monetary assistance. Startups are now an essential element of the Indian economy and the primary source of FDI.

Prime Minister Narendra Modi’s government, which came into power in 2014, prioritized digital transformation in its national strategy. Some provincial governments, including the federal government, have recognized startups as essential economic growth engines. Startups are also anticipated to generate jobs, contributing to the country’s high unemployment rate. Startups accounted for 2.64 percent of total employment in India in 2018.

The Modi government has also made several efforts to assist the business. The main project ‘Startup India’ was launched in 2016. The project was created to foster a strong atmosphere favorable to the creation and development of beginning firms, hence generating long-term economic growth and numerous job possibilities.

The government established a fund of 100 billion Indian rupees for the initiative, as well as financial help to incubators, tax-free perks, and assistance with the business formation.

Aside from that, the Government of India has designated January 16 as National Startup Day to spread startup culture throughout the country.

The large PEVC ecosystem in India is a significant component in building the startup ecosystem. The most difficult obstacle most startups confront in their early years is a lack of financing. Startups require capital for several reasons.

Funding is required for prototype and product development, team building, operational capital, legal and advisory services, raw materials and equipment, marketing, and sales, among other things. This is where PEVC comes in handy. The private equity and venture capital ecosystems provide entrepreneurs with market access.

It can restructure and sustain its expansion. Furthermore, PEVC offers mentorship and support to entrepreneurs at various stages.

It contributes to highlighting the company’s true potential. According to the ICCA, an organization of private equity and venture capitalists in India, 2021 would be a pivotal year for PEVC investments. That year, India got the largest ever PEVC investment, totaling around 63 billion. 2017 was also a record-breaking year.

PEVC investment grows year after year. So far, investment outflows have totaled around 32 billion in 2021. This would enable Indian entrepreneurs to raise additional money in the coming months.

The PEVC ecosystem in India has gone a long way. It had a modest beginning decades ago. Due to the paucity of startups in the nation at the time, relatively few PEVCs were active, but India has since grown to become one of the world’s largest and strongest ecosystems. Only superpower economies such as the United States and China are ahead of India in this regard. In the year 2021, 44 Indian firms were designated as Unicorns.

In 2021, India will have 83 unicorns with a total market value of $277.77 billion. The majority of these are associated with the unicorn service industry, which accounts for 50% of India’s GDP.