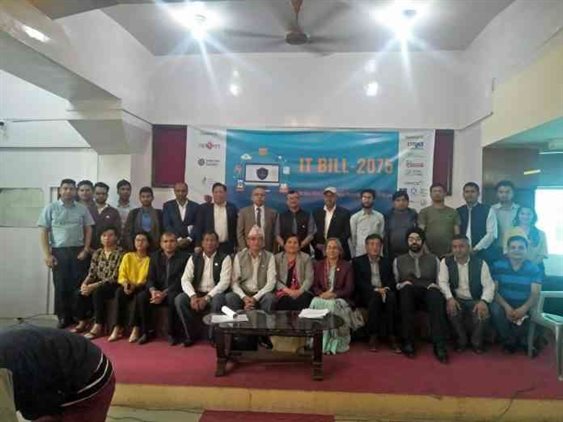 An interaction program was organized among the concerned people about the IT Bill 2075 submitted by Nepal government in the national assembly. 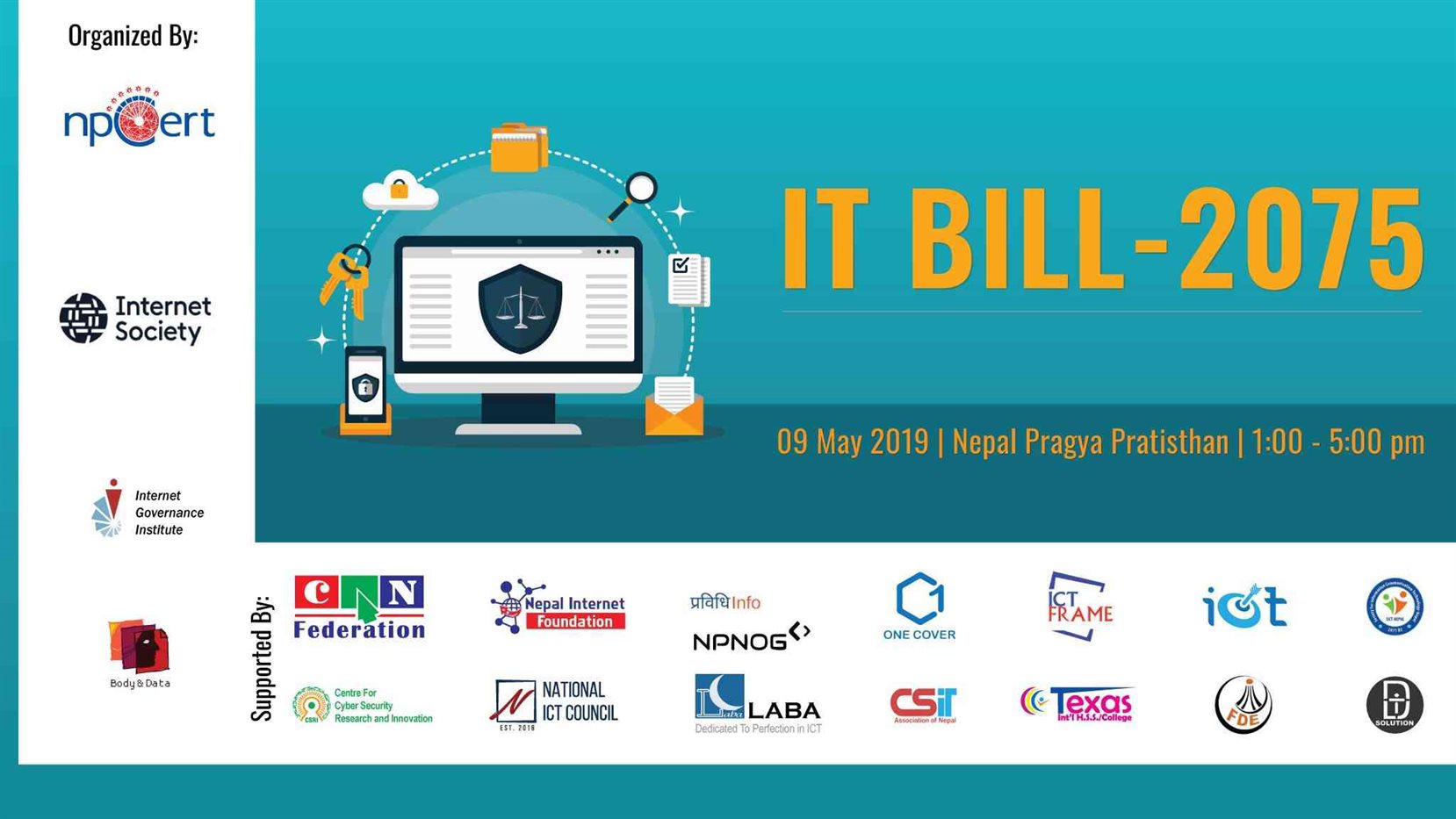 In the program organized at Nepal Pragya Pratisthan by the collective effort of npCert, Internet Society Nepal, Internet Governance Institute and Body and Data majority of the speakers mentioned about the unclear and incomplete nature of various subjects of IT as well as some provision in the bill as inappropriate for the IT field.

Speaking in the program, the Chairman of development and technology committee Mrs. Kalyani kumari khadka informed about the registration of more than 90 amendments in the bill. It is not ordinary to have this more registration in the bill with 131 drafts.

Some of the provisions  regarding punishments, digital signatures, domain registration and management, information security and secrecy, data center and cloud services, permission before using types of equipment, social media registration and regulations, data reuse, etc. have been registered for the amendments and the concerned ones suggested for the refinement of the provisions.

Science and technology sub-committee members Bina Kumari Shrestha, Gaurishankar Chaudhari, and Kedar Sigdel assured on including the suggestions in the constitution that were given by the concerned speakers in the program.

Executive Director of internet governance institute Mr. Baburam Aryal presented the paper with the explanation of the bill.

It specialist Vivek Rana mentioned that 70% of the content from Electronic Transaction Act 2063 had been copied in the bill and remaining has been stated for the control and punishment allocation. He also said that it is the time for IT to lead the national economy; however, he mentioned about some subject matters which could be the hindering type for the IT sector.

Program members believed that bill provisioned more on internet control rather than internet management. They have questioned on some subjects related to presentation rights and freedoms of the people.

Chairman of Internet Governance Institute and IT specialist Manohar Kumar Bhattarai gave his view that executive may make rules and acts as per their requirements as 58 out of 131 parts of the bill are preplanned.

Vice chairman of Internet society Nepal, Mr. Suraj Adhikari believed that matters related to the domain should be the main priority of the bill. He was disappointed by Mercantile on not being informed and included in preparing the bill even if they worked in the IT sectors for three decades.

According to the CAN ex-chairman Mr. Biplav Man Singh, government’s top-level officers only should not be appointed as the validation controller.

Kishor path from Sastra network solution said that it would be impractical and unscientific to have to take permissions from the ministry to use electronic components and also added on the out of context nature of the data center and cloud service provisions.

Shubha Kayastha from the body in data gave her view on not being able to address women and minority groups in the bill.

npCert chairman Mr. Chiranjibi Adhikari put his statements on the inclusion of all groups and sectors in the IT act as IT is directly connected to the overall development of the country.