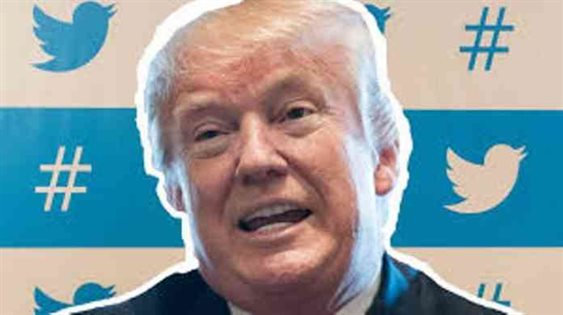 Twitter is one of the leading social media platforms in the world. Twitter is a social networking application. It is where user post and interact with messages known as tweets. A question on everybody minds whether the president can block the people.

From commenting and viewing on his account. A judge now has the best possible solution. A federal Judge Naomi Reice Buchwald suggested the president. To mute the twitter accounts. A judge Buchwald is recommending President Donald Trump to soften.

Rather than block some Twitter followers to resolve a First Amendment lawsuit, Buchwald also argued with constitutional for President Donald Trump to prevent his critics.

President Donald Trump violated the constitutional rights of users, Whom he has blocked on twitter. The hearing held in a small, crowded courtroom. The Knight First Amendment Institute suit filed with seven individuals. They have also blocked by Trump on Twitter. @realDonaldTrump account blocked the seven users who criticize the president.

They all joined in the lawsuit. By Knight First Amendment Institute at Columbia University. They told that the president Twitter account is public. And also by his status as a government official, he cannot block them on the platform. Also, the Lawyers from the Department of Justice insisted that Twitter was not, in fact, a public forum And also argued no one had excluded from it.

Judge Buchwald also tell whether Trumps Twitter account constitutes a public forum. And his tweets represent state action. Judge Naomi Reice Buchwald offer an idea of settlement by muting the users, Rather than blocking them. Buchwald said the citizens have each right to send communications to the president.

US Department of Justice Michael Baer urged the judges to toss the lawsuit. OR, to find out whether blocking some followers violate the First Amendment. Likewise, Jameel Jaffer, the Knight institute director told Buchwald. It was not necessary to issue an order to the president himself.

As there are others involved with his account too, Judge Buchwald has told Trump lawyers if they didn’t agree to the settlement. They might establish a new law that wouldn’t make president Donald Trump very happy.

Judge Naomi Reice Buchwald also urged both the parties to consider the muting idea And also gave the warning that each side could end up unhappy with her decision. They failed to compromise. Otherwise, she said she would rule in due course.

In conclusion, we will have to wait and see whether these two parties will come to the solution or will fail to compromise.