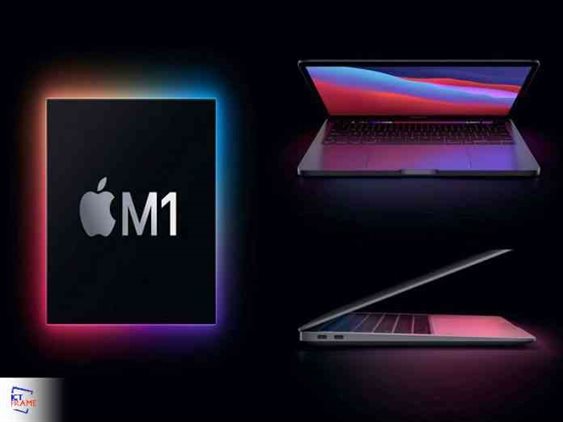 Apple announced the release of the Apple M1 silicon back in November last year. This very first ARM-based system on a chip (SoC) is designed as a central processing unit (CPU). Along with it, Apple announced the launch of the M1-powered MacBook Air and MacBook Pro 13’’. Now, the two new Apple products are finally in Nepal. Let’s take a look at the specifications, availability, and price in Nepal for MacBook Air and Pro 13’’.

Before talking about the two devices, let’s take a look at the Apple M1. The prior models of Mac were powered by Intel’s processor, but not anymore. Unlike the previous years, Apple now has its devices powered by the M1 silicon. The M1 is a 5nm processor specifically designed by Apple for the new generation MacBook. Apple claims the M1 to be the most powerful chip and the world’s fastest CPU core “in low power silicon”.

The Apple M1 is an octa-core processor with four-high performance and four high-efficiency cores, which Apple says offers the world’s best performance per watt of a CPU. The 8 core GPU is capable of running 25,000 threads simultaneously. Apple claims it to be the world’s fasted integrated graphics.

All of Apple’s apps and macOS Big Sur has been optimized for the new processor as well. The newly released MacBook Air and MacBook Pro 13’’ show just how power efficient the new chip is.

The design of the MacBook Air resembles its predecessor, everything from the dimension to the weight remains the same. But the biggest difference is that the MacBook Air 2020 uses the M1 silicon. With this Apple claims the performance is up to 3.5x times faster, the graphics are up to 5x times faster and the Machine learning tasks are up to 9x times faster. Similarly, the M1 results in 2x SSD performance due to the storage controller and the latest flash technology.

The MacBook Air has a fan-less design and hence remains silent even through heavy tasks. The 13.3’’ Retina display of the Mac Air supports wide P3 color and offers up to 400 nits of brightness. As far as memory goes, the Mac Air offers up to 16 GB RAM and 2 TB SSD. It supports USB Type C ports and includes a 3.5 mm headphone jack. As for connectivity, it supports Bluetooth 5.0 and Wi-Fi 6. Additionally, the latest generation Secure Enclave included in M1 powers the Touch ID to unlock the device and for online payment using Apple pay. The battery life is improved up to 18 hours.

The second device to be powered by the M1 silicon is MacBook Pro 13’’. Apple claims the Pro 13’’ to be up to 3x faster than the best-selling Windows laptop. The device exceeds its predecessor’s speed by 2.8x times and the graphics by 5x times.

The 13.3’’ Retina display of the Pro 13’’ supports P3 wide color. Unlike the Mac Air, this device still uses an active cooling system. It supports USB Type C ports and includes a 3.5 mm headphone jack. As for connectivity, it supports Bluetooth 5.0 and Wi-Fi 6. The studio-quality mics of this device also differ from Mac Air. It offers up to 16 GB RAM and 2 TB SSD. As for battery life, according to Apple, the Pro 13’’ has the “longest battery life ever in a Mac” that lasts up to 20 hours.

Specs for MacBook Air and Pro 13’’

Apple MacBook Air and MacBook Pro 13’’ are now available for purchase in Nepal at Oliz Store. Some models are still in the pre-order phase.

For further information about the current and upcoming variants of MacBook Air and MacBook Pro 13’’, check out the official website of Apple.