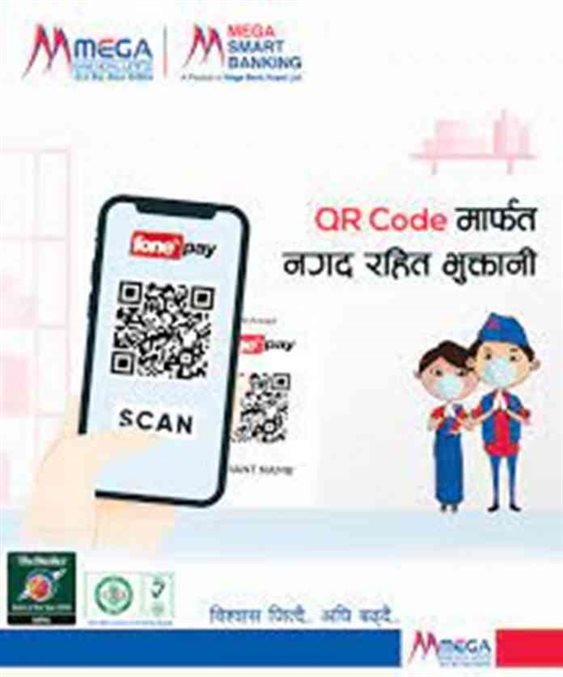 Mega Bank is expanding its domain and areas throughout the country. Now, Mega Bank has launched a QR code service for Dhangadhi’s electric rickshaw drivers.

The rickshaw drivers are pleased that Mega Bank has made arrangements to pay the fare via QR code in Dhangadhi, Kailali. This service has started in accordance with the agreement reached with the Electric Rickshaw Driver Workers Union.

During a function, Nepal Rastra Bank handed over the QR code to Mega Bank Far Western Regional Office in Dhangadhi. The rickshaw driver was happy with this decision.

Now, passengers can able to pay the fare on a rickshaw through a QR code.