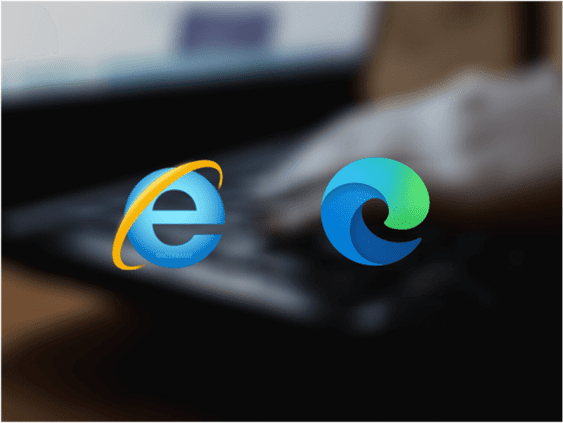 It’s official! Microsoft is set to end support for Internet Explorer 11 across its Microsoft 365 apps and services next year.

No more Internet Explorer from August 17, 2021, the company said.

In a blog post, Microsoft confirmed that beginning November 30, 2020, there will be no support for IE 11 from Microsoft Teams web app.

Basically, it means that after the above dates, IE users will either have a degraded experience or will be unable to connect to Microsoft 365 apps and services on the browser.

Furthermore, Microsoft plans to phase out IE 11 and the legacy Edge browsers. Replacing the two will be the new Chromium-based Microsoft Edge browser.

Why Did Microsoft Go With The Phase-Out Approach?

Microsoft said that they want to make the transition smooth in order to help out the existing customers.

The company respects the investments of its customers in legacy IE apps and says their investments need to continue to work.

The phasing out will help to address issues such as speed, privacy, manageability, security, and productivity. Moreover, it will give a significant amount of time to its customers for the migration.

In fact, this migration will have no effect on other IE 11 legacy apps. They will continue to function properly on Microsoft Edge.

Microsoft Recommends The New Microsoft Edge To Its Customers

The company claims that the new Microsoft Edge will address its customer’s compatibility and secure remote work needs.

The browser has a built-in SmartScreen and top phishing and malware protection.

The company will also phase out the Legacy version on March 9, 2021. This means that it will not receive any security updates from the mentioned date.

Microsoft concluded their blog post by mentioning that Microsoft engineers are ready to help customers in case they run into compatibility issues while transitioning.