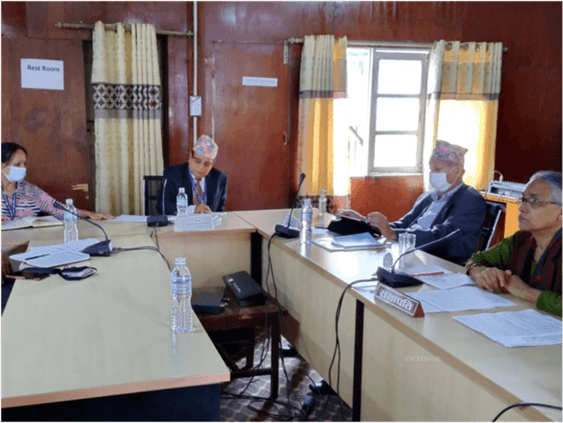 The Finance Minister Yuvaraj Khatiwada, who is also the Minister of Communications and Information Technology, has accepted that the tax on Nepal’s telecommunication and internet services has been increased.

Speaking at a meeting of the Parliamentary Development Committee on Friday, Khatiwada admitted this.

He said that even though the service should get cheaper by reducing the number of charges in the telecommunication services, it has become a bit more for now in a difficult situation.

Lawmakers raised the same questions regarding the high tax on services. Responding to the questions, Minister Khatiwada said, “Naturally, the price of telecommunication services should go down. There is a similar arrangement in prepaid / postpaid services so that the level playing field is equal. In terms of internal taxes, there is a little more in this area.”

The government has added up to 15% tax on mobile internet.

Moreover, postpaid services were subject to a 2% ownership fee on each billing this year.

After the previous taxon prepaid was also applied on postpaid, 29 percent of consumption tax has been levied on all types of mobile services.

When the consumer consumers a service, the price of the service and the tax are deducted together.

Each service consumes 13 percent of the telecommunications service fee and a 13 percent VAT is deducted at the end.

For example, a telecom company has introduced a 500 MB data pack. For that, the company has set a price of Rs 95.77. When the consumer pays, the overall price of the package is the same.

However, the price of that package is actually Rs. 75 while the remaining Rs. 20.77 is taxable. The taxable amount should be credited to the revenue account of the government within the prescribed period.