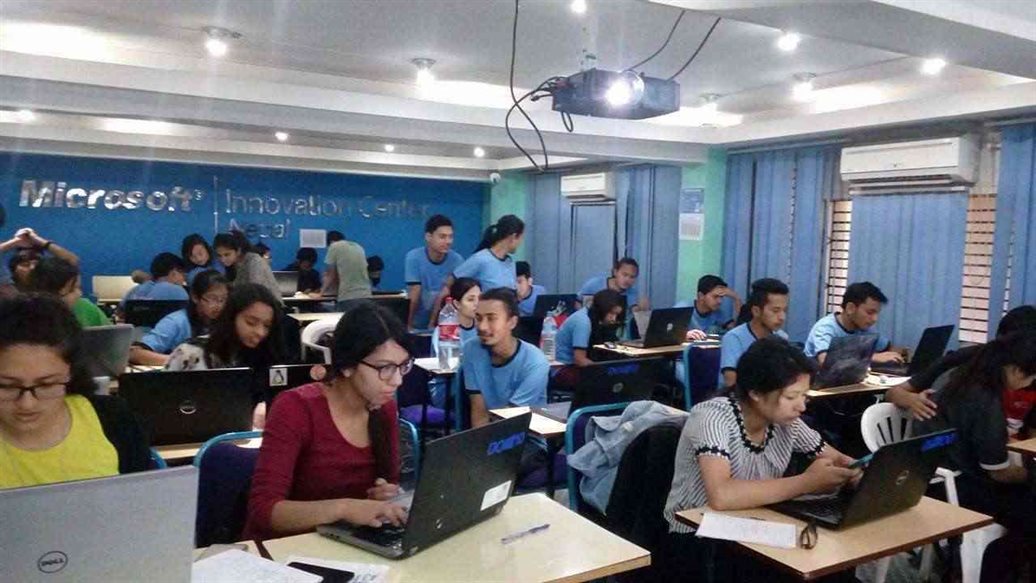 After the successful completion of session-I of MSP workshop with the motto “For MSP by MSP” we have stepped to the session-II of MSP workshop in which the programming language to be taught was Python. The date allocated for python was for 20th and 21st October. We had our trainer Namrata Giri and assistant trainers as  Srishti Rimal, Kumar Shrestha, Binod Jung Bogati, Roshani Acharya, Nikhil Pandey and Anshu Kiran Sharma who collaborated in every phase to provide better knowledge and quality learning to all the attendees attending the workshop.

On the first day of session-II of  MSP Workshop all the attendees learned about the basic introduction, a concept of python that it is a high-level, interpreted, interactive and object-oriented scripting language and much more regarding the python. The way that trainers taught was explainable; no one had previously known that programming in python was that much easy. While compared to other programming languages we knew that the syntax used in python are mostly English language and could be easily readable and understandable.

On the second day of session-II of MSP workshop, some slight revision to previous day was done as well as some topic relating functions and other modules were taught. This day was assigned to do some coding on the project base, so all the participants made Hangman game as a project as per the instruction of the trainer. The words were changed frequently, and there was some fun for some moment too such that one participant moved to another one and played the game and tested oneself.

Some of the course content taught on the second day are :

At the end of the day everyone said that “Life is short so learn Python” and also it was cleared that the session-II of  MSP workshop was also organized successfully as like session-I in which HTML+CSS+GIT was taught. But the game is not over till we have two days to go in which PHP is scheduled to be prepared to the attendees of the MSP Workshop. By http://technetnepal.net/