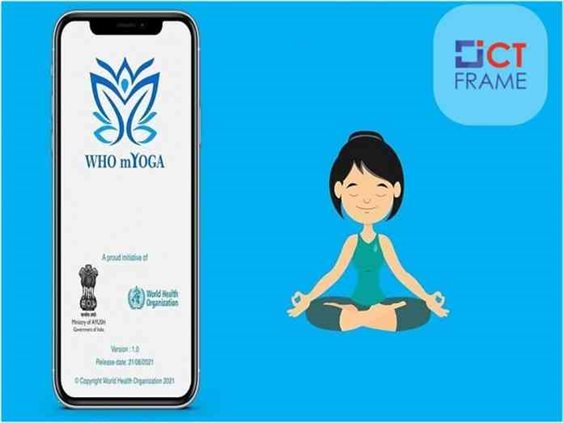 Yoga is a form of discipline. It brings the perfect balance between the mind and the body. It maintains a complete system of physical, mental, social, and spiritual development. It helps to achieve a peaceful body and mind along with managing stress and anxiety. Yoga improves respiration, energy, and endurance.

In order to celebrate the ancient Indian art of healthy living, June 21 is marked as International Yoga day. The main motive of this day is to raise awareness worldwide of the many benefits of practicing yoga.

‘Yoga for Wellness is the theme this year. Prime Minister Modi stated today that Yoga focuses on both physical health and mental health.

Today, on the occasion of International Yoga Day, the Yoga app was announced by Prime Minister Narendra Modi. This app will collaborate with World Health Organization(WHO).

These apps come in multiple languages. It will be preloaded with many yoga training videos. These videos will be based on common yoga protocols.

In general, this combines modern technology with ancient science. Prime Minister revealed that the mYoga app will be useful in spreading yoga all over the world.  It will help to contribute to the efforts of ‘One World One health’.

Android, as well as iOS users, can download the Yoga app from their app stores.

WHO developed this app in collaboration with Morarji Desai National Institute of Yoga and the Ministry of Ayush.

This app’s last update was received on June 17. It already has over 10k+ downloads.

It’s a daily yoga companion for persons aged 12-65 years. It was developed through a review of scientific literature and extensive international expert consultation.

WHO claims the mYoga app is safe and secure. Its motive is to encourage people to practice quality yoga on their smartphones. This app doesn’t collect any data from users. French, Hindi, and English is currently available languages. More languages will be added soon.

During the time of pandemic worldwide, the benefits of yoga re seen in people. Yoga improved their physical health along with mental health. Prime Minister said the benefits of the ancient Indian practice should uptake in all corners of the globe.

Meanwhile, the 10-minute module will cover fewer exercises. Then, the 20 and 45-minutes programs will offer additional exercises like the Vakrasanak, Shalabhasana, and more.

This app allows streaming or even downloading the video. You can also save offline and watch later. It also offers audio output for videos in both English and Hindi. You can easily follow instructions through the audio-only panel.