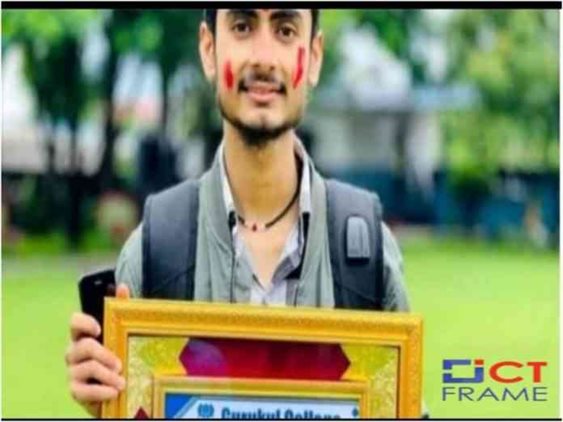 Youngster From Bharatpur Discover Facebook’s Weakness: Got Reward of USD 3125

A young boy Samip Aryal from Bharatpur finds the bug/weakness of Facebook. He is awarded a prize of USD 3,125.

Samip Aryal is a young boy studying in class 12 at Gurukul College, Bharatpur.

Although he has been honored many times before but this time he is much happier as he becomes well known with both name and fame.

He received the award as he discovered the security vulnerability of the social network Facebook.

The 18-year-old Samip found the weakness of Facebook’s messenger chat room. Samip is listed at number 24 in Facebook’s Hall of Fame.

Facebook awarded him 3,125 (Rs.365,665) with a Bounty Reward(Rewards for finding security vulnerabilities).

He also received the award of Hall of Fame(Recognition and respect given to researchers who help strengthen the company’s cybersecurity).

Samip discovered the weakness that anyone could easily access the photos/videos in your gallery via Messenger Room Call, a weakness.

Facebook has now fixed the bug after Samip reported the bug.

Now only the person making the photo and video call on your mobile can see it if you allow it.

Earlier, he discovered a technical error in the Watch Together feature. And he received a USD 500 reward at the time.

He was ranked 146th when he found a bug in Watch Together.

Encouraged to do more research after receiving the award, he is still working to find out the various weaknesses.

One of them logged on to the laptop and the other to the mobile. And, discovered the mistake.

He then recorded a video of the entire process. Facebook has accepted the same bug and given a bounty reward of USD 3,125 to Samip.

He has started to look good in technology but after class 12, he has not yet decided what to study.

The principal of Gurukul College, Tikaram Chapagain, said that the success was due to the diligence and hard work of the people. The college has even honored him on Saturday.