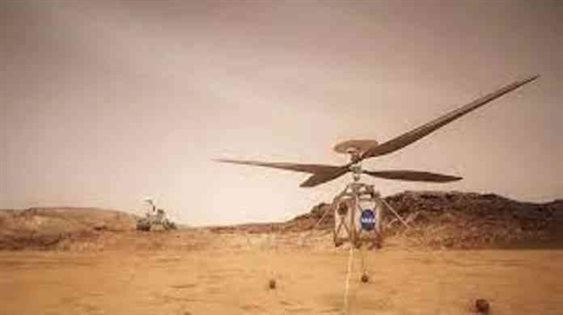 NASA has rescheduled the first flight on Mars of a special helicopter named Ingenuity for April 11.

NASA had previously planned to fly the helicopter on April 8. But now it will not fly until April 11.

If this helicopter is able to fly there as expected, it will be a historic event for Mankind.

On Thursday, NASA’s Jet Propulsion Laboratory in Pasadena, California, announced this via Twitter.

“Come fly with us, #MarsHelicopter is preparing to do something that’s never been done: controlled, powered flight on another planet. Takeoff is now slated for no earlier than April 11, with data arriving on Earth on April 12.”