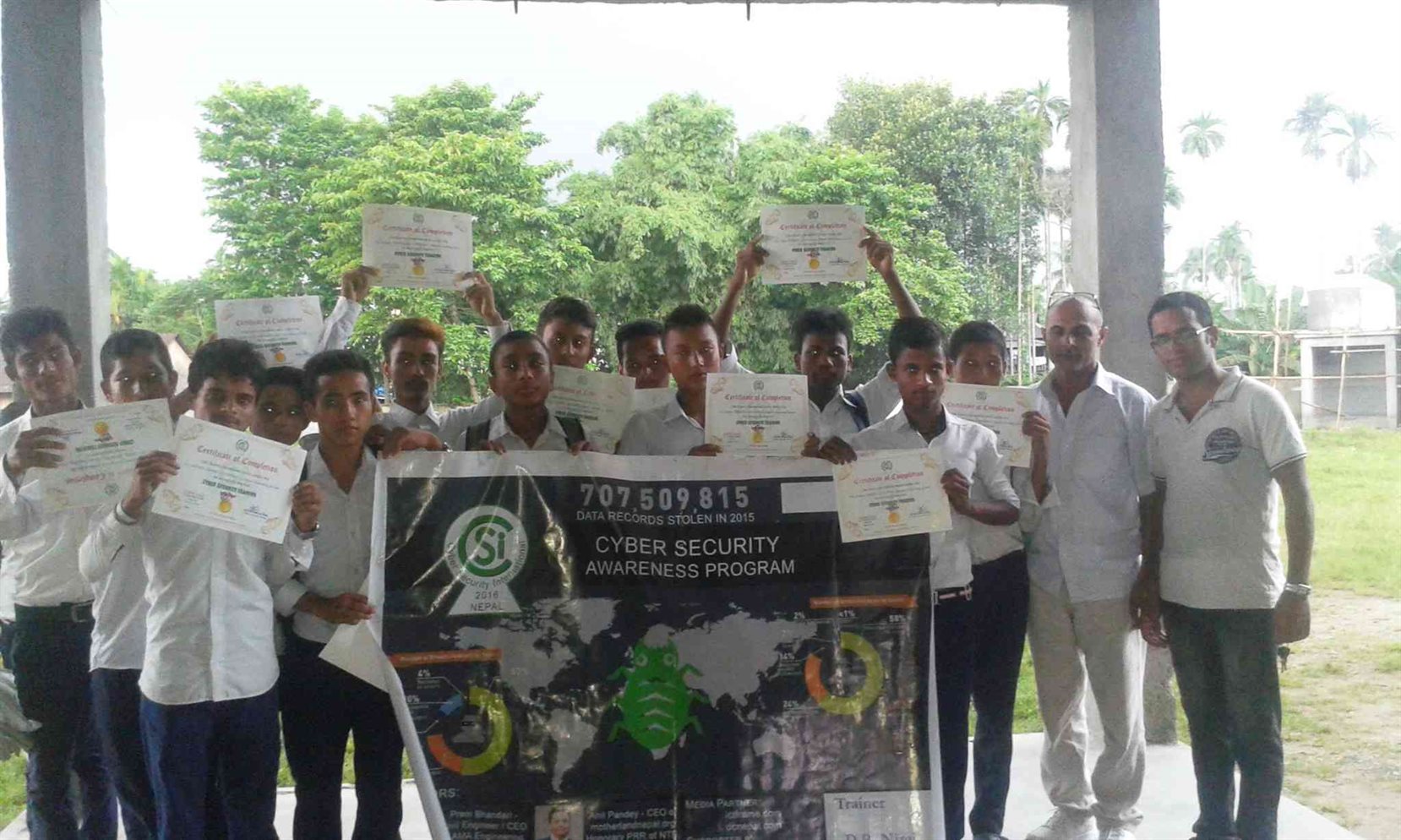 38th Cyber Security International Program at Spanish is Higher Secondary School, Jhapa, Nepal. Initially, Concept of Cyber Security Awareness in Nepal has been revealed by Dr. Ramhari Subedi, who lives in Washington DC; also, he is the founding president of www.dcnepal.com and the first appointed Cyber Security Advisor of Central Investigation Department of Nepal Police.

They have given excellent feedback. According to them, the program is handy. With the request of some participants, a second level program was also launched continuously.
It took about three and a half hours, i.e., from 10:30 am to 1:30 pm complete both the programs. After completing the training program, the participants were happy as they learned the uses of a computer, e-mail and the facebooks; DOs and DON’Ts in social media; and other security measures necessary to be applied.

After the second program, the training participants were happy as they learned the security measures in a stand-alone computer, in e-mail and even on Facebook. Trainer D.R.Niraj then issued a certificate to the participants of the second level programme with the assistance of Local Program Coordinator Prakash Luitel.

The program was conducted under the coordination of Mr. D.R.Niraj, Former Computer Co-coordinator of 47 Students and 5 Teacher staff of Sanischare Higher Secondary School, Jhapa