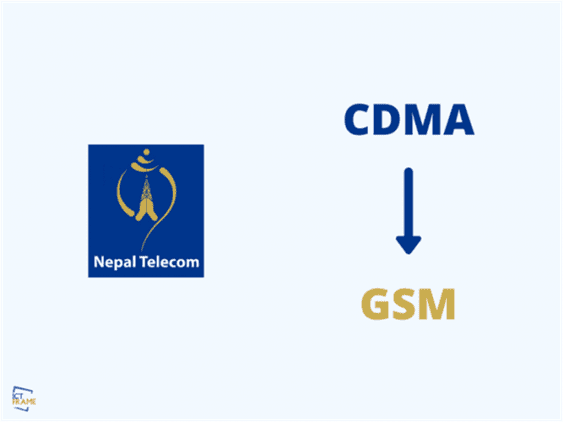 It’s time to officially say goodbye to CDMA service (sky phone and C-phone). Nepal Telecom is planning to shut down CDMA this fiscal year of 2020/21.

The company decided to go with this plan by converting CDMA (Code Division Multiple Access) users to GSM (Global System for Mobiles) users. That’s right! CDMA users will now become GSM users as a consequence of what Nepal Telecom claims to be a major event in this year’s annual program.

Following this program, NTC aims to focus on enhancing the new generation of technologies, especially with the rest of the world already leaping forward in 5G.

In fact, several telcos around the world have started to discontinue CDMA services. Previously, the Radio Frequency Policy Determination Committee had decided to shut down the CDMA service in Nepal by 2022.

Let’s get to know more about the reason behind this decision.

Why is NTC shutting down CDMA service?

The main objective is to upgrade to a better GSM technology. According to Telecom, the CDMA service which they introduced back in 2006, is based on old technology.

Even though it was better at that time in terms of coverage and voice quality, GSM mobile service has been gaining momentum lately.

It’s the same with the rest of the world.

With the world shifting towards 5G network development, telcos can’t afford to simply lag behind. Due to this, telcos need to shift their attention towards GSM services and enhancing 4G and 5G in Nepal as well.

That wouldn’t be possible by clinging on to old technology. For example, Vodafone has also announced to shut down 3G services throughout Europe by 2021.

Also Read: How To Activate the NTC 4G Service?

Yes, but it is not a newly launched service in the region. NTC restored the service in Byas rural municipality of Darchula district which covers the Kalapani area as well.

However, this replacement would be beneficial for the leap in mobile data and voice technology in the long run.

How does Nepal Telecom plan to replace CDMA with GSM?

There are several factors to manage such as solving issues regarding handset bundling and planning suitable packages for customers.

The plan is to gradually phase out the CDMA technology since it will be troublesome to do it all at once. However, NTC plans to complete most of the work within this year.

How Does DMARC Avert Phishing?