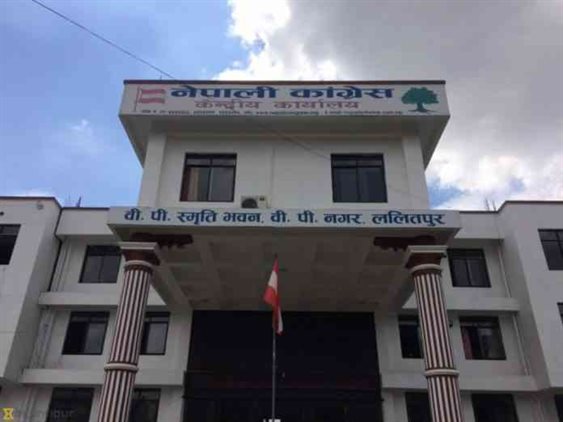 The Nepali Congress has expedited the distribution and renewal of active membership.

Information of the distributed active members is being updated online at the center.

Chief Secretary Krishna Prasad Poudel has told that details of the active members of 48 of the 77 districts are being updated.

“The list of active members in 48 districts is being updated,” Poudel said.

He said that the lists of active members from 207 locations around the country, including 165 federal constituencies are being updated online.

‘We’ve given up to four people’s passwords looking at technology in one area to update the details,’ he said. Using technology, Congress is going to update the active members soon

According to Chief Secretary Poudel, the list of more than 200,000 active members has so far been revised online.

Congress has said that it will hold its 14th General Convention in Kathmandu from 7 to 10 Bhadra. Similarly, the schedule for the start of the convention at the ward level has already been written.

The Village/City Convention is scheduled for Asar 7. The function of active membership should be done before that since the voters of the division are the same active members.

In the event of an active membership dispute, a decision could be taken by the Investigation Committee headed by Ramesh Lekhak, a central member.

At the 13th General Convention of the Congress of Nepal in 2072 BS, some 50,000 citizens did not have active membership due to disputes.

This time, the chairman, Sher Bahadur Deuba, has set up a committee under the leadership of the writer to ensure that there is no dispute as before. Any dispute will be discussed by the committee.

The Central Committee had instructed Falgun 6 to send active members to the Center. If there is a complaint, it can be lodged in the investigation committee within Chaitra 10.

The details of the active member must be checked by Chairman Deuba. Deuba was supposed to finalize the final list of active members by Jestha 24.

Congress is preparing to increase the number of active members to more than one million. Out of the 480,000 active members in the 13th General Convention, Vice President Vijay Kumar Gachchhadar, Joint General Minister Sunil Thapa and others have been activated.

Congress had given the right to the ward committees to make 100% active distribution.