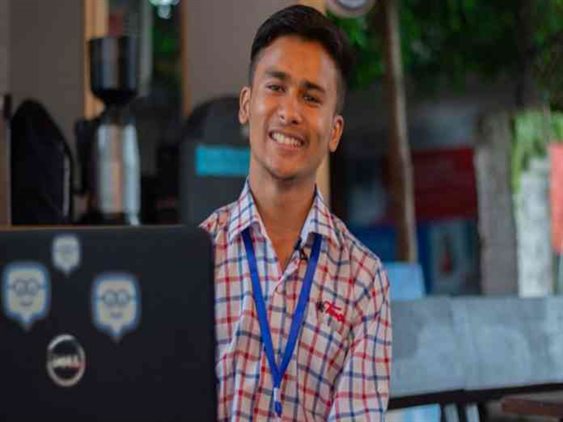 Here is an interview with 18 years ethical hacker Bishal Shrestha regarding the context of web security and ethical hacking in Nepal.

What have you been doing these days?

Currently, I am researching Cyber Security and learning more about technological stuff.

How did you felt when you got a certificate of White Hacker from top companies of the world?

At first, I didn’t expect anything like this, but my continuity and hard labor made this happen, I am so proud of it, and this achievement has motivated me a lot than ever.

It is said that there is always struggle and failure behind every achievement, what do you have to say on it?

One should face plenty of failures and go through the big struggle before grabbing any success. Even I have met numbers of hurdles and obstacles that can’t be described in words. This sounds strange, but at some point in time, I have even used mobile data to find the bug because there was the unavailability of the internet in my house.

How secure are the Nepali site?

It is in very critical condition. While developing Nepali sites, the security parts are overlooked because of which many Nepali places are at risk of being a hack. Developers of Nepali site often fail in checking its security.

How do you take it when someone calls you a hacker?

What do you want to suggest for those who want to roll in ethical hacking and web security?

If you want to come to this field degree in IT education is not mandatory. It may sound weird, but I studied economics in school then I completed my high school in Nepali. Till now I don’t have any academic background in computer, what brought me here in this field is my passion. Passion and dedication matter more than anything.

Are you equally active in social areas along with Web Security Research?

Youth like us should not depend on others for every work; we should give our best for the nation’s development. From last year, I have been actively engaged in social work through a Facebook group known as Dari Gang.

What do you expect from the government of Nepal?

I want the government to create a favorable environment to work in Nepal. Government data are still insecure; proper attention towards this thing should be given. Progression of ICT is a boon for the nation’s development, so I expect that the government will put extra effort into the development of ICT.

Do you want to say anything in the end?

Ethical hacking has not been included in any curriculum so far in Nepal; the government should design the curriculum of ethical hacking in every course related to computer and IT. Youth should get the opportunity to work according to their ability and capacity.