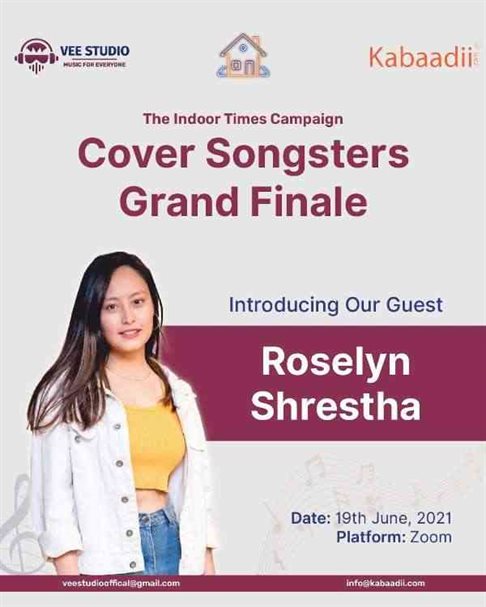 When a group of music-loving students sought a good career in the music industry of Nepal, they saw the situation to be very bleak. If they wanted to start a music video, the recording, filming, and sound mixing from the studio were very expensive. Even after their debut song, there is no guarantee that they will get the recognition they wished for because it takes time to be established as a music artist in Nepal.

Seeing the struggle youths have to face in the music industry, those groups of students halted their dreams and thought to build an easier path for future generations. Thus Vee-Studio was born.

Vee-Studio is a platform whose sole aim is to provide an easier and cheaper way to produce musical arts and even take it to a commercial level. Initially, the founders thought of starting a physical studio, where artists can record songs at a very affordable price. Then such artists will be featured on their music platform. But due to the lockdown, Vee-Studio had to take an online route.

To establish this platform in the music domain, it has been organizing music-related events like melodic photography contests, live music performances, and currently “The Indoor Times Campaign.” 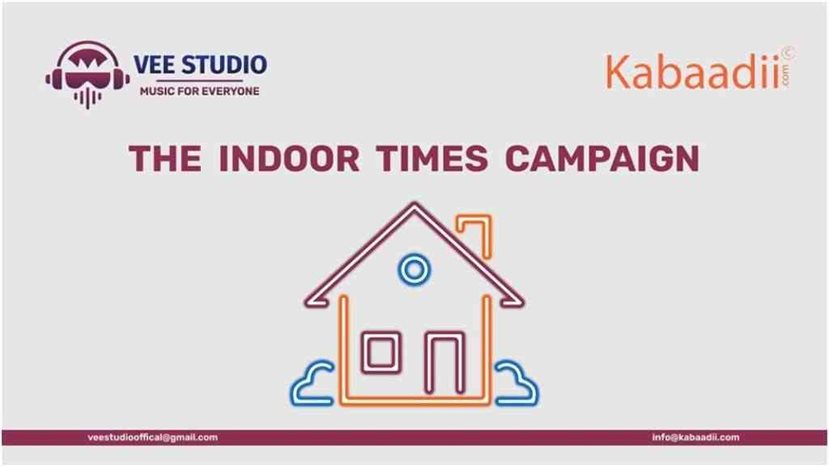 The Indoor Times Campaign is organized in collaboration with Kabaadii.com. Kabaadii.com, aka the Ultimate Humour Store, is a platform that intends to create cheerful, humorous content for the people and society.

This campaign has been planned to have four series. As a part of its first series, they have organized “Cover Songsters”. Cover Songster is a music-based event where participants can send a video of them singing a cover song. Then those videos will be featured on social media sites of Vee-studio.

So far, it has already featured the videos of all those participants on their social sites, and they are getting outstanding engagements. Then a few days ago, Vee-Studio announced a pre-event titled Melodic Photography 2.0 where participants have to take a picture of their musical instruments and send it via the form. The winner of this pre-event will be prized with Rs. 200.

However, the winner of the main event will be selected via two steps: Semi-Final & Finale.

The Semi-Final is planned to be held on 12th June, Saturday. In this session, out of 50+ participants, the top ten will be selected. The selection will be based on markings from social media engagement (60%) and Judges (40%). 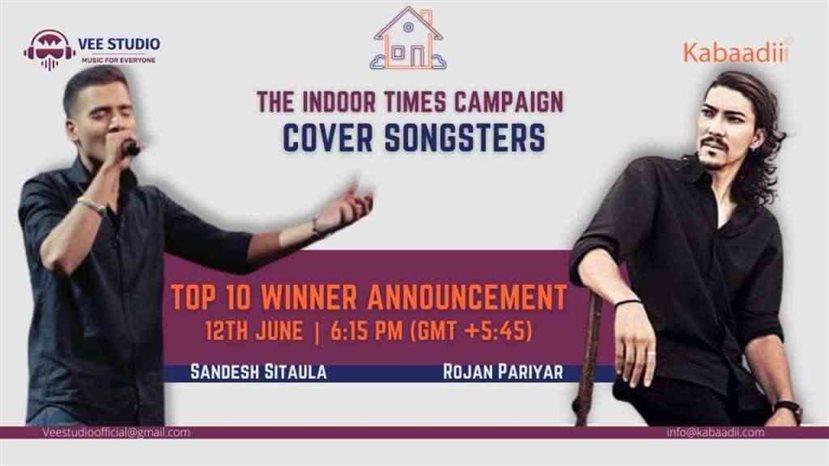 Then 19th June will be the finale, which will be live on Zoom, a video conferencing platform. To complete the event in a grandiose manner, Veestudio has invited many national and international singers, who will entice the event with their musical performances. Also, to make the competition as fair as possible, the event will be accompanied by National Judges who will choose the best singer out of the finalists. At last, the winner will be prized with Rs: 2000 and free recording in the physical studio. And the first runner-up will be prized with Rs. 1000 and free recording as well. 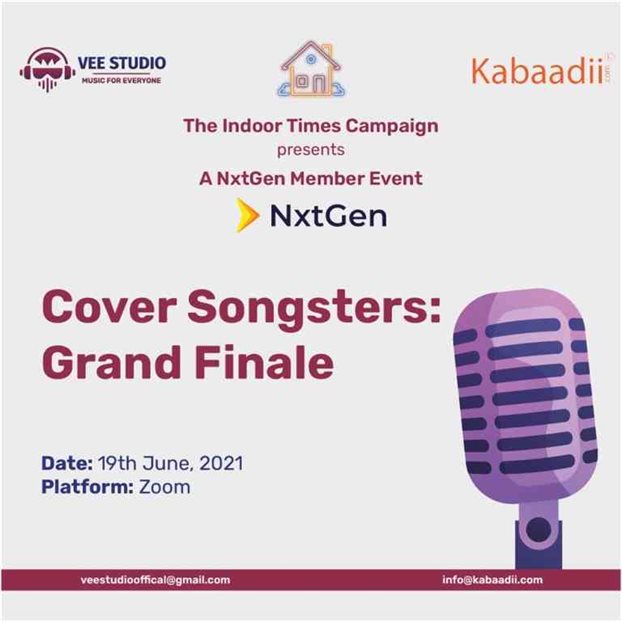 If you wish to be part of this event, you can register here: https://forms.gle/FVDByrkUy3gDfYAd8.

If only 10 will be the chosen finalists from the semi-finale, Will the other 40+ participants be forgotten? Not at all. Vee-studio will organize yet another pre-event titled the “People Choice Award to keep their motivation intact.” Here only those 40+ participants will be able to participate.

So this is the road map of the upcoming events of The Indoor Times Campaign. And every single team member has dedicated their time and efforts to make this event successful. With all those passionate people working for a single goal, there is no doubt that the finale will be a magnificent show. So keep your anticipation high!!!