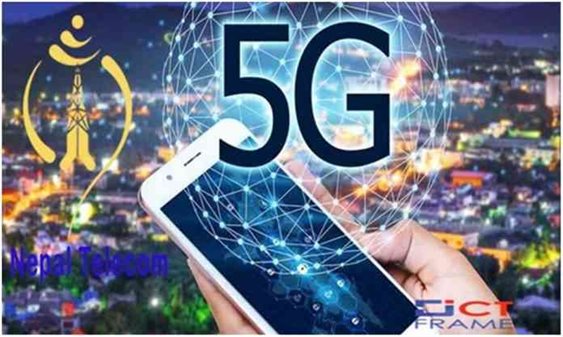 A 5G is the fifth-generation mobile network. It is a new global wireless standard after 1G, 2G, 3G, and 4G networks.

5G enables a new kind of network designed to connect virtually everyone and everything, including machines, objects, and devices.

It will be faster and able to handle more connected devices than the existing 4G LTE network.

Nepal Telecom has prepared a modality for the FiveG test and submitted it to the Nepal Telecommunications Authority for approval. The government has prepared the modality as per the instructions given to the telecom to test the 5G.

A study committee was formed to test the FiveG by Telecom. The committee has already prepared a modality on how to conduct the FiveG test.

“The committee has decided how to conduct the test, on which frequency, on which sites, how to do it, which application to run,” said Dilli Adhikari, Managing Director of Nepal Telecom. The committee has submitted the report prepared by the committee to the authority, and the test work will move forward later.

FiveG’s Active Antenna Unit (AAU) is required. However, this technology can be brought only after the frequency is finalized, the official said. He said that the telco is preparing other infrastructures.

In India, too, a few days ago, the band was assigned to various service providers for the FiveG test.

The Global System for Mobile Communications Association (GSMA) says below 30 GHz is not good 5G.

At the international level, the official says that there are three bands for 5G. There are lower bands below one GHz, mid bands above one GHz, and high bands above 24 GHz.

In the case of Nepal, the combination of the lower wand and the mid wand can be effective when running 5G, the official said. This is because no matter how many 5 G systems are running now, their spectrum is 3400 MHz band and 2600 MHz band. So 700 MHz is very low.

NTA will start testing five this year and will implement the initial phase of Five G in 2022 and 2023. NTA plans to expand FiveG across the country by 2025 and provide FiveG services to about 70 percent of the population by 2028.