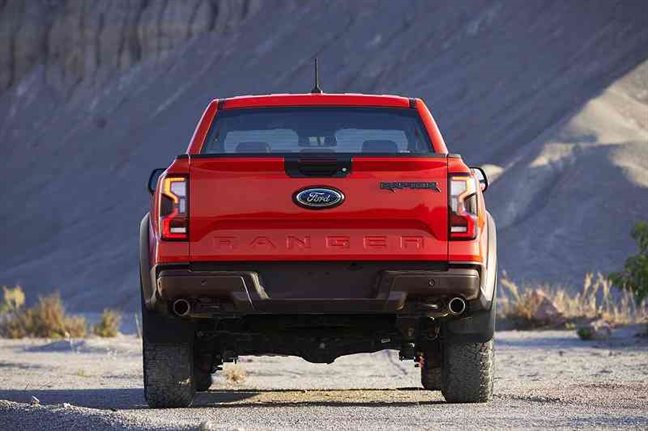 Designed and engineered by Ford Performance, the second-generation Ranger Raptor has been developed with smarter technology controlling tougher, next-generation hardware to raise the off-road performance bar as a pickup built for true enthusiasts.

To give desert-running power, the next-gen Ranger Raptor’s anti-lag system, available in Baja mode, has been designed to keep the turbo spinning for up to three seconds when you get off the throttle so that you’ve got instant power out of corners or between gears.

The Ford Performance team collaborated with FOX™ using a mixture of computer-aided engineering (CAE) and real-world testing to tune the spring rates, set the ride height, tune the valves, and hone the ride zones to create the perfect balance between comfort, control, stability and traction on- and off-road.

The next-gen Ranger Raptor features next-generation FOX 2.5-inch Live Valve Internal Bypass shock absorbers which are the most sophisticated ever on Ranger Raptor and can adapt in real-time, with sensors placed around the vehicle enabling the shocks to adjust damping rates at each corner 500 times a second.

The next-gen Ranger Raptor features up to seven selectable drive modes: Normal; Sport and Slippery are for on-road use, and Rock Crawl; Sand; Mud and Ruts, and Baja are for off-road use.

The new interior has been designed for hardcore off-road racers. The Ford Performance ‘Code Orange’ accents on the instrument panel, trim, and seats are enhanced by Raptor’s ambient lighting, which bathes the interior in an amber glow. All-new performance seats for the front and rear, inspired by the seats in an F-22 Raptor jet fighter, keep passengers firmly placed whether on- or off-road.

The next-gen Ranger Raptor comes with a fully digital cabin, with a high-resolution 12.4-inch digital cluster and a 12-inch center touchscreen boasting Ford’s new-generation SYNC 4A®. Other features include fitter Switches and an Off-Road Screen.