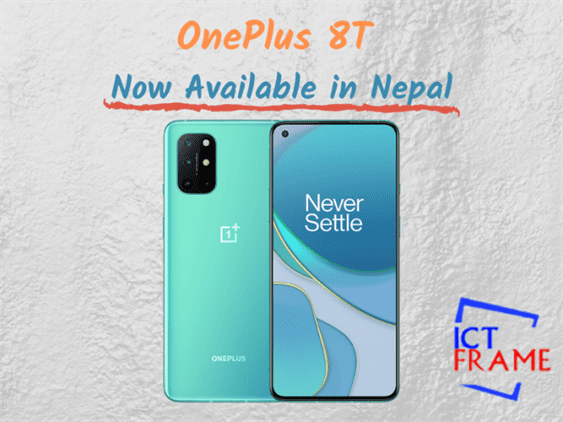 OnePlus has launched its ‘T’ series. This series has some tweaks and improvements in their existing models. OnePlus Nepal has launched OnePlus 8T exclusively via Daraz. OnePlus 8T is a redesigned variant of the existing 8 series devices. Its features are alike OnePlus 8; however, improvements have been made in key areas.

OnePlus 8T has a tweaked design and upgraded specifications. This smartphone has got some notable upgrades over the OnePlus 8. Here are the upgrades on OnePlus 8T. 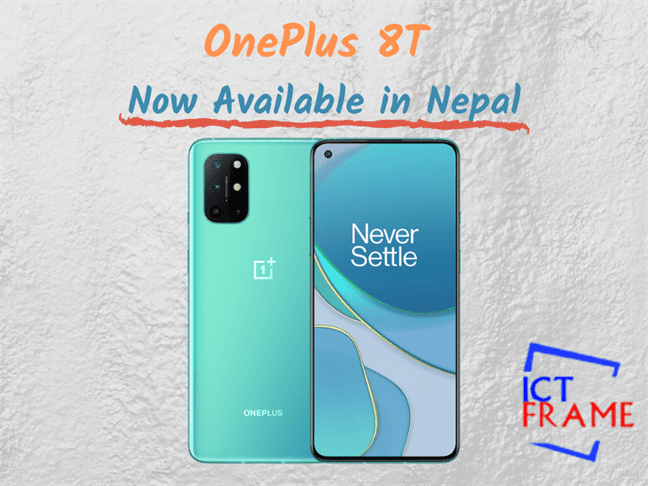 OnePlus 8T is covered with corning gorilla glass. It has a back glass which is pretty resistant to fingerprints. The glass back is curved at the edges. The camera is shaped as a square/box and is placed at the side. It comes in two color variants; Lunar Silver, Aquamarine Green. This time there is no black color on this phone.

8T has an impressive display of 6.55-inch with 2400 X 1080 resolution. It features a super-smooth refresh rate of 120Hz. The screen is protected by Gorilla Glass 5.

This handset is flatter than the OnePlus 8. It supports HDR10+ which makes it easier to watch HDR contents.

OnePlus has shown a phenomenal upgrade with its camera hardware. Its rear camera has 48MP main, 16MP ultra-wide-angle cameras. It also has a 5MP macro camera and a 2MP monochrome camera. The front camera, has 16MP, f/2.4 Sony IMX471 sensor.

OnePlus 8T is packed with a 4500mAh battery. It supports the new wrap charge 65 technology. The company claims that it takes almost 39 minutes to fully charge the phone.

Samsung Launches Galaxy A32 with the Awesome 64MP Quad Camera