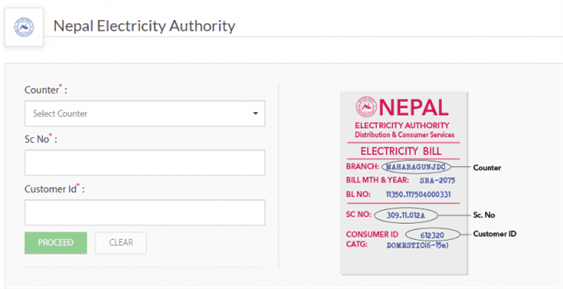 However, Chitwan started online billing only after Kathmandu started using the systems. But Chitwan currently has a higher number of user percentage through online billing. It was found that twenty thousand customers pay bills online from Chitwan monthly. Statistics say that the people of Chitwan are way more forward then the people of Kathmandu.

Last month, the number of online bill-payers reached six lakhs and ten thousand. Many of them have been paying bills regularly online for two years. Newly added customers have the experience of coming up with regular online payments.

Now, the authority has also set up additional counters for the collection of tariffs in Manang and Mustang. If the counters opened last year, there will be 189 revenue collection counters across the country. Even though all the counters are trying to make the online bill payment service free of charge, the educated customers of Kathmandu have come online so far.

Though the people have been skeptical to pay the bill online. They worry about whether the authorities will impose fines. So they spend two hundred rupees to pay hundred rupees bills.

Google Messages App to Get This Useful Features Very Soon