Counterpoint Research last month had named OPPO as the fastest growing smartphone brand in the premium segment globally in 2018. The astonishing 863% growth helped the company take 6% market share in the category.

While there were many factors behind this staggering growth rate, including the entry into several markets as well as new carrier partners, the most significant was, of course, the products. Indeed the highlight of the year for the company and the smartphone industry was the amazing OPPO Find X. Launched in Paris’s stunning Louvre Museum, the Find X captured the imagination with its Panoramic Arc Screen and delightful pop camera, not forgetting its acclaimed sleek design.

In addition to the Find X, also notable is the success of OPPO’s R Series, including highly successful OPPO R17 Pro (RX17 Pro) smartphones launched in late 2018. The stunning gradient designs and ‘Ultra Night Mode’ camera proved hugely popular to OPPO fans as well as those new to the brand.

Speaking of markets, driven by strong market positions in China, OPPO’s newly launched countries have contributed to the outstanding result. These included entry into European markets such as France, Spain, Italy, and The Netherlands. All in all, this increased OPPO’s total number of markets above 40 for the first time. Reinforcing these new market entries, OPPO announced several new carrier relationships, including Telefonica in Spain and Orange in France, as well as partnerships with leading retailers that all enhance the marketing and service concerning OPPO smartphones.

Looking ahead, Counterpoint estimates that the premium smartphone segment will continue to grow in double digits while going forward, while the next growth cycle in the premium segment will be driven by the emergence of commercially available 5G smartphones.  This bodes well for OPPO as it is set to further strengthen its product portfolio with the announcement of the brand new OPPO Reno Series.

The much anticipated Reno Series made its debut in Europe, at a launch event in Zurich on April 24th, following successful launches in Shanghai on April 10 and Dubai on April 16 respectively.

Vivo V23e Nepal Launch Date Tipped To Be In Mid-January 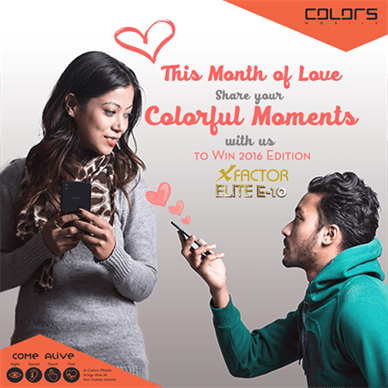 Get A Chance To Win A Brand New Colors X Factor...