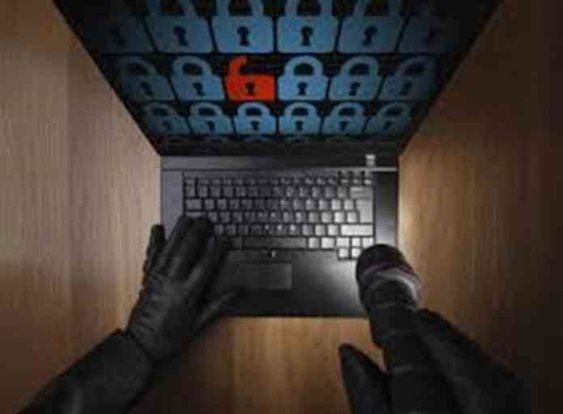 A person was arrested for unauthorized access to the electrical plant of Vianet Communication Pvt. Ltd.

Recently, there was an unauthorized access to the electrical plant of Vianet Communications Pvt. Ltd, now that person has been arrested.

During the investigation based on the information and request that the script was made public on social media including Facebook, Instagram, and Twitter by unauthorized access to the data of the customers of the internet service provider.

A young man on his  17/18 years living in Tilottama Municipality-1 changed his name to ‘Narpichas’ made unauthorized access to the electrical plant Data Breach.

Twitter handle called ‘Narpichas’ and the script made public through Facebook and Instagram, it has been revealed that he has committed an offense under paragraph 9 of the Electronic Transactions Act, 2063. 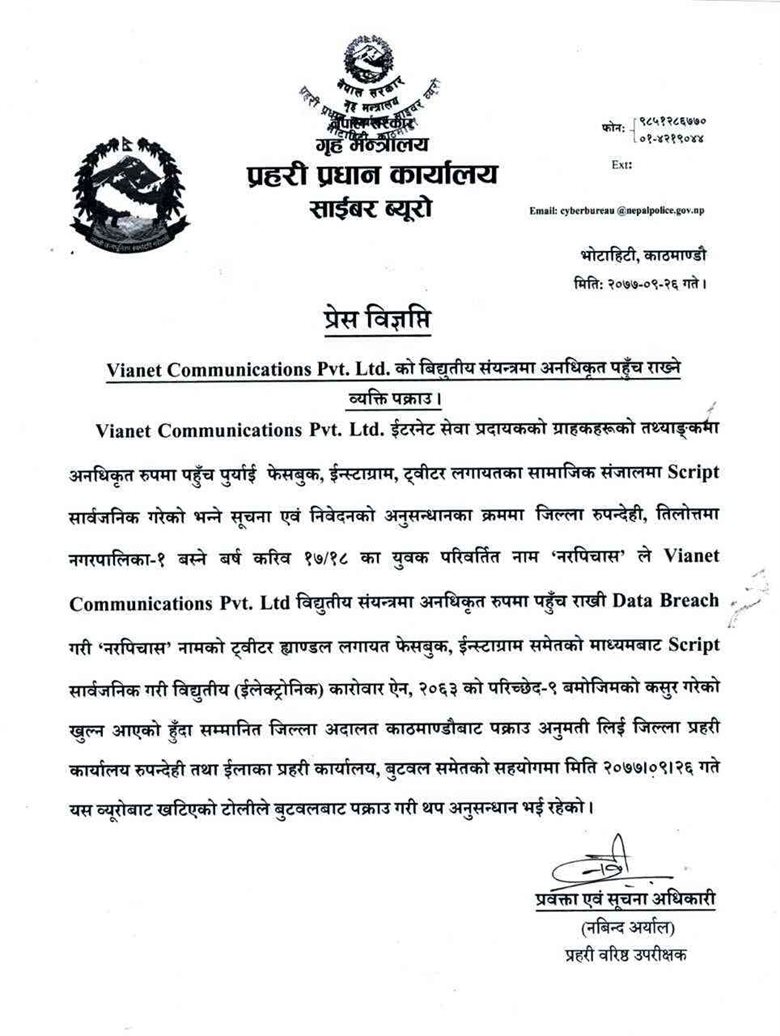 A team deployed by the Bureau with District Police Office, Rupandehi, and Area Police Office, Butwal, arrested him from Butwal on 2077-09-26, and further investigation is underway.

It’s to acknowledge that Vianet Communications  Pvt. Ltd. has detected a cyber incident on its customer information systems, which resulted in unauthorized access to some personal data; in particular, Name, Location, Email Address, Phone Number.

We have identified and fixed the source of the breach. Our technical teams have taken appropriate and immediate actions to reinforce existing security measures and monitor our systems for any further possible vulnerability.

We are in contact with the Nepal Police Cyber Crime Bureau and have forwarded a request to the competent authorities where the data has been uploaded. This incident is being extensively reviewed by the internal staff, cybersecurity experts, and the Bureau to minimize its future impacts, and we expect to resolve it as soon as possible.

The Company sincerely apologies for the concern and inconvenience caused by this illegal activity. We appreciate the magnitude of the problem is working hard to get to the bottom of it and get things right. We will update you as soon as there are any major changes in this event.