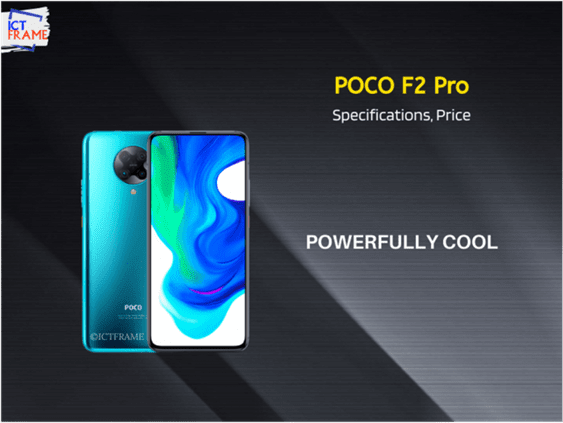 Pocophone has officially launched the POCO F2 Pro, its latest 2020 flagship smartphone sporting Qualcomm Snapdragon 865. In other words, the wait for the successor of Poco F1 is over after 2 long years. Here’s everything you need to know about the Poco F2 Pro from its specs to its availability and expected price in Nepal.

Despite being a rebranded Redmi K30 Pro that was launched some months ago in China, this smartphone still looks like one of the best values smartphones of 2020. Let’s get a closer look at its specs and features.

Being a rebrand may not be a bad thing when it comes to POCO F2. After all, Redmi K30 Pro has some amazing specifications. Powering the POCO F2 Pro is the Qualcomm Snapdragon 865 SoC with 5G support coupled with Adreno 650 GPU.

It also supports LiquidCool with what the company claims to be the largest vapor chamber in any smartphone. Thus, this feature keeps the device cool while playing high-end games such as PUBG or Fortnite. Straight off the bat, it features a 64MP Sony IMX686 sensor that serves as the primary camera which is paired with a 13MP ultrawide-angle lens, a 5MP macro, and one 2MP depth sensor. The front sports a 20MP pop-up camera that serves as the selfie sensor. The quad-camera setup is capable of recording videos in 8K resolution at 24fps, and 4K at 60fps.

POCO F2 Pro flaunts a 6.67-inch AMOLED screen that supports HDR10+, the display brightness of 500 nits, Corning Gorilla Glass 5 protection, and an IR blaster. However, its ordinary 60Hz refresh rate is a letdown from such an anticipated smartphone. It also features a 3.5mm headphone jack.

You also get an LPDDR5 RAM and UFS 3.1 storage on most variants with a decent 4700mAh battery. The battery completely charges in about an hour with its 30W fast charging support. Moreover, the smartphone ships with a 33W charger in the box. 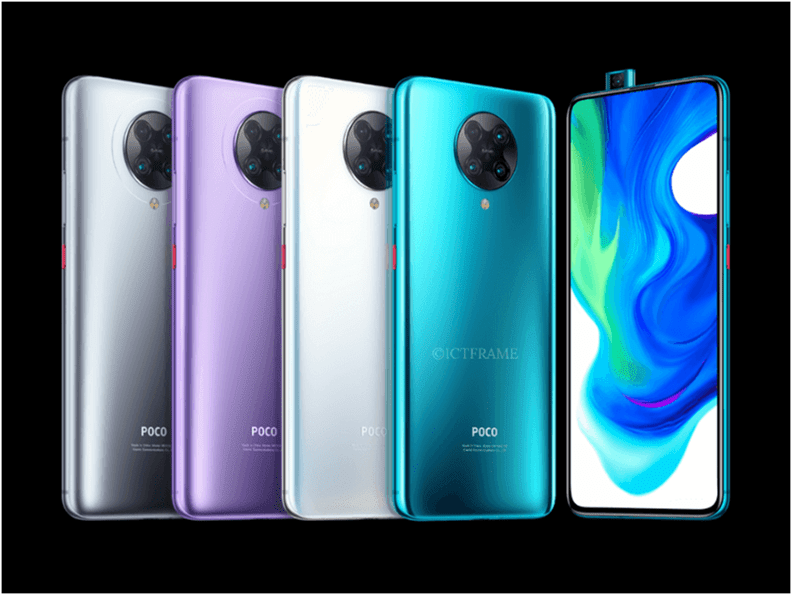 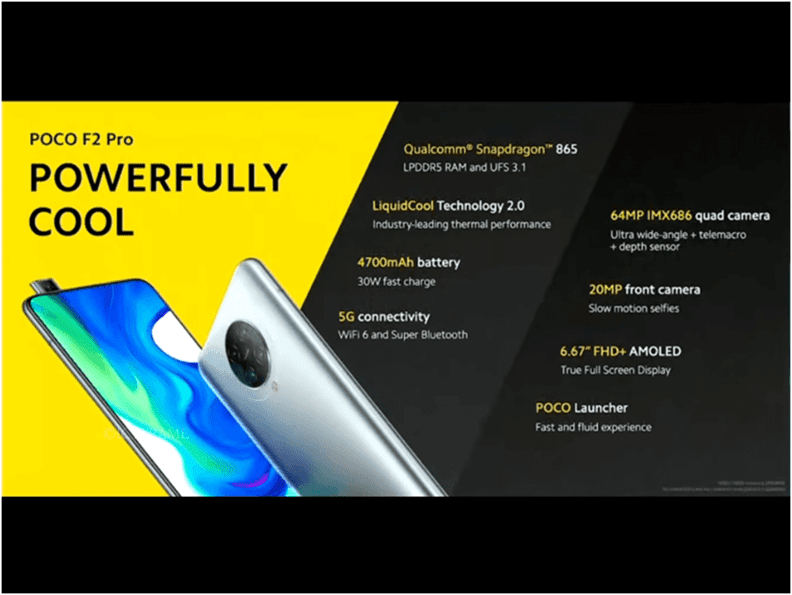 The POCO F2 Pro will be available in four color variants: Neon Blue, Phantom Blue, Electric Purple, and Cyber Gray. It is already available for pre-order at AliExpress and Gearbest with the base variant starting at 499 Euro (6GB + 128GB). Meanwhile, the top variant starts at 599 Euro (8GB + 256GB).

However, we can’t pinpoint the launch of this Pocophone flagship smartphone in Nepal due to the coronavirus outbreak. We just have to wait for the Nepalese market to be up and running for new smartphone launches.

You May Also Like: Best Flagship Smartphones in Nepal