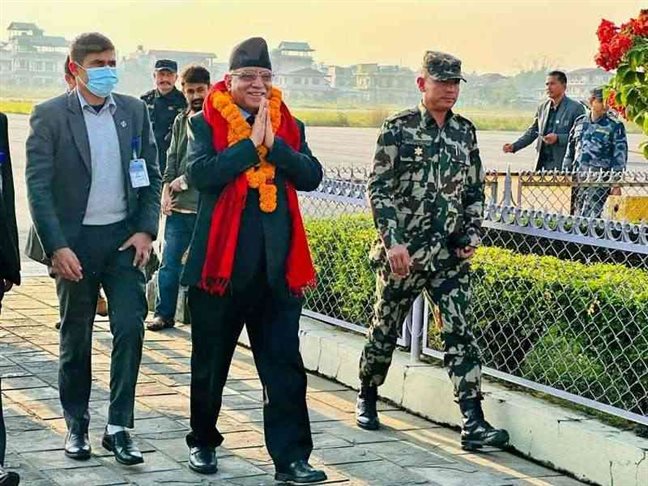 Prachanda reached Gorkha after voting at the Police School in Shivnagar-14, Bharatpur Municipality, Chitwan, where he has his voter list.

Prachanda is a candidate from Gorkha in the House of Representatives election. After voting from Chitwan, he went straight to Chitwan on Saturday.

Prachanda had already planned to go to Gorkha. Accordingly, Prachanda reached Gorkha and inspected the Kunduntar voter center in constituency number 2 of the House of Representatives.