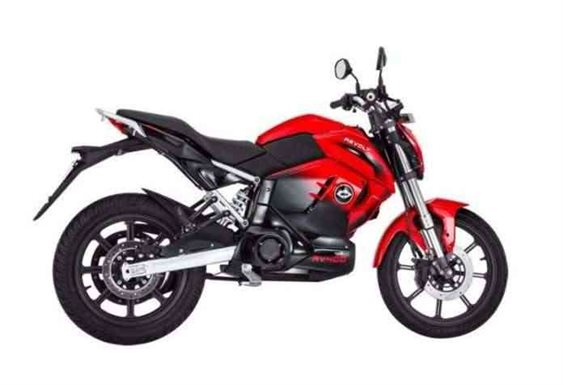 Brace yourselves for the new era of electric bikes! Revolt Motors brings its latest AI-enabled electric bikes in India with Revolt RV400. In fact, it is one of the two models (other is RV300) that were launched in India on August 28, 2019.

And, the bike promises to give riders maximum comfort with its sporty look and design.

The classy RV 400 comes with the most reliable charging ecosystem with multiple ways to charge your Revolt bikes. That means in India, you can keep on Revolting wherever you are.

Furthermore, you can even control the sound of this Revolt electric bike!

You may be wondering, “Did I read that right?”

Revolt RV400 has four sounds that you can control and switch through the MyRevolt app. These sounds give you the feel of riding a proper sports bike with Revolt, Rebel, Roar, and Rage.

Revolt’s electric bike also supports 4G eSIM and Bluetooth, thus, allowing syncs with the Revolt app on the rider’s phone. The riders can then cruise around and can find charging stations near them using the app.

Let’s look at its unique specs below:

At present, Revolt Motors offers only 2 models in India. It is estimated that they will soon launch a new model. However, it is unlikely to launch in Nepal anytime soon.

Can we expect a surprise at the next NADA show? Are the Revolt electric bikes feasible in Nepal?

Hult Prize At IOE To Host Food For Good