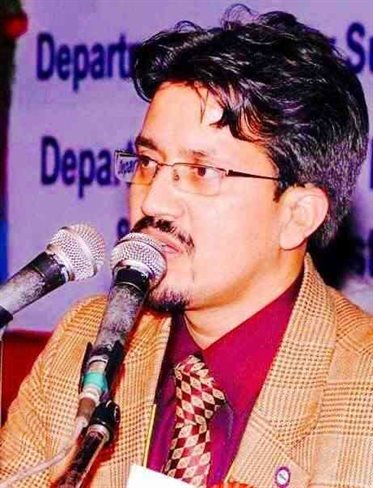 Every day we are hearing about some kind of cybercrime, don’t we? To solve these issues, the government has created some laws. If someone tries to go beyond these laws, the respective person or we can an unauthorized person will be punished. Instead of the strict laws and regulations, there is still some hacker who is successful in their hacking.

While talking in context to Nepal, there are both good points and bad points regarding cyber. There are some strict rules which can easily crack the hacker and successfully catch them and punish for their illegal task. On the other side, there are several cybersecurity issues which is faced by people.

By the time technology changes and so the laws. Modern technology requires advance security. Directly or indirectly, we all are dependent upon the internet. And this happens because it is making our work easier and faster.

In the past, every day news and reports of cybersecurity breaches had been broadcasting to the public many times. But now, we can hear it by the media and Police department. Despite having strict rules, Nepal is still facing very risky and challenging critical issues. Nepal is not able to address the growing security breach concerns of cyber users.

Nepal is facing several problems regarding cybersecurity. Some of them are:

Well, Nepal is not so much developed and it cannot provides that high alert security like other advanced countries. But still, we can do better than in the past. For this, it is very necessary to know the overall information existing cybersecurity, its advantages and the missing one. The cybersecurity department of Nepal has to clearly understand and verify the inability to ensure minimal risks of cybersecurity breaches in Nepal.

We all know that, whenever it comes to cyber laws and security, it becomes a sensitive topic. It means we have to handle it very carefully. The department has to pay high concern for security and privacy.

Whether it is public, private, and nonprofit entities, all of them introduce Information and Communication Technology (ICT) to improve their organization’s computing performance. Nepal has previously introduced the e-policy with an aim of using ICTs in programs and services in every sector. It also make them to use information infrastructures to improve overall internal administrative processes and procedures. To ensure the usability of the e- policy initiative, the Nepal government has designed several legal instruments and make them compulsory to use.

Cyber issues not only occurred at institutions but also to the individuals. Besides all these issues, there are still some positive vibes. ICTs play an overall economic improvement and poverty alleviation.

ICT is a very new concept introduced in Nepal. So people are not so familiar with its all advantages, rules, and issues. Still, people continue to learn about what ICTs can do? But it is very important to know about the importance of ICT and cyber issues. Because it will help them to solve the heightened risk of cybercrimes.

As per the report of ISP (Internet service providers), it is said that the annual increment of an internet user is 50%. In 2000, the number of internet users was 35,000 only which was increased by 10 times in 2009. It’s really huge, isn’t it? The data clearly shows that day by day huge numbers of people are added in the list of the internet user. Both benefits and issues come with it. An increase in numbers means there are huge people who can do their work with more comfort zone. And on the other side, hackers also arise which may be difficult to find out.

Engagement of People over the internet

The users of the internet are from several fields. Some are from collages, institutions, organizations, schools or even home-based. Well, it is seen In Nepal, 30% of Internet services are used by employees of business organizations and 20% each by International organizations and private home users. While talking about rural areas, the user increases because of the opportunities provided by schools, colleges, and computer training institutes.

Privacy comes with security. If you want to keep your data and resources private on the internet, you have to implement proper security to it. Being a member of the Asian community, Nepal has to follow the security rules regarding privacy with high importance. In Asia, especially in Nepal, Security has been proven to be an important factor considered by computer and Internet users. Therefore they are showing too much concern regarding cybersecurity.

In the context of Nepal, there are three are related to cybersecurity threats. They are:

As compared to other countries, there is very little cyber law progress in Nepal. It is because of email and computer transactions which are not actually trustworthy by the government. Our country is not able to utilize the same level of technology as other developed countries.

As per the government of Nepal, the governing bodies thought that hackers can easily crack the password. That is why they keep a larger password for the high- profile government agencies. Another problem is that Nepal citizens tend to make easily-guessed passwords using numbers and information significant in their lives. Examples-including their first and last names, birthdays, phone numbers, and locations.

We have discussed a lot about the security issues, but what is the reason behind these all? Why we are facing huge problems regarding cyberattacks. Here have a look:

Because of these all, people have to face frequent spamming, fishing, and password piracy issues. As per the Central Investigation Bureau (CIB) Department, the government punishes individuals who commit cybercrimes. Their punishment consequences based on the level of the crime committed. According to the Cyber Law Act of 2006/2007, it is clearly declared that hacking, stealing data, pirating software, and posting defamatory information online are criminal activities.

Like other sectors, the banking sector has its own cybersecurity risk. It mainly happens with the ATMs. To have powerful security, it needs a powerful and primarily genuine software. There are still some locations in Nepal where the ATMs are using Windows XP as an operating system.

We have heard about several cybercrime cases, but there is still some unknown case which has not registered yet. In such cases, victims are unaware of the crimes and laws. So if we want a secured system, we have to start awareness from us, then only we can change the world.

Well, this is all about the cybersecurity situation of Nepal. Nepal Government has to launch an awareness program for cybersecurity, its laws, and risk. Once the people become familiar with these all, automatically there will be decrement on the cybersecurity issues. And hence we all can get out private data and information secured on the internet.