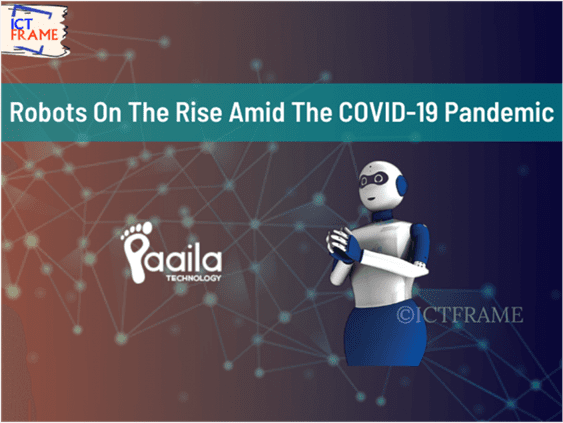 Analysts predict the robots are going to replace many human workers for better or worse. The perspective of people towards a human element to their interactions has changed due to the COVID-19 pandemic. Has it really opened up new opportunities for automation?

Paaila Technology, a Robotics and AI company based in Nepal, is certainly proving the point. Recently, the company launched hospital service Nursing Robots to limit human interaction with corona infected patients. These robots operate automatically to initiate communication between patients and medical staff.

Have you seen any humanoid robot in Nepal greeting you when you enter a bank? Or, perhaps a restaurant? Well, if you have and were amused by it, the credit goes to Paaila Technology.

Paaila Technology is a fast-paced company dealing with automation that aims to produce world-class human-friendly robots. In fact, it has managed to do so in such a short span of time. Its popular flagship product is called ‘Pari’, a humanoid robot. Pari was first deployed at SBI Bank, Durbarmarg to greet and guide customers in their visit to the bank.

This deployment back in 2017 was actually the first of its kind in Nepal. Since then, Paaila has already introduced Pari 2.0 (an upgrade to Pari), Ginger – Waiter Robot and is working on Ferry – Room Service Robot. These robots support Query-AI powered chatbot and Nepali speech recognition to greet people.

Robots on the Rise Amid the Pandemic

The Coronavirus pandemic has seen implementations of some drastic measures to limit human interaction. People are depending more on machines and there are drones flying in Dubai sterilizing the streets. So, we can expect more AI implementations and inventions in the near future for sure.

Paaila Technology had deployed ‘Paryatan Pari’ robot at Tribhuvan International Airport to promote tourism and assist visitors arriving in Nepal. Similarly, the company has been active during the pandemic and recently launched a Nursing robot. 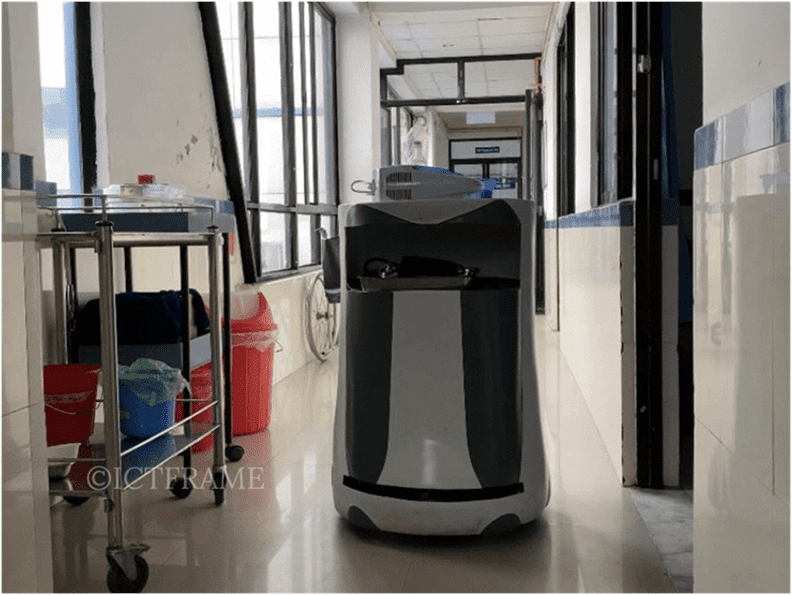 The Nursing robot will assist health personnel by reducing their interaction with corona infected patients. Furthermore, it will facilitate communication between patients and medical staff via video call. Also, it can deliver food and medicine to patients without manual intervention.

Similarly, Paaila had also announced a UV disinfection robot. This robot is capable of sterilizing hospitals, banks, airports, and public places. UV disinfection guarantees 99.99% sterilization of contamination. The automation of this robot will help in controlling the disease thereby mitigating the risk of exposing people to contamination.

You may also like: How Technology Is Used To Fight The Corona Virus Pandemic

Shortage of Ventilators Drives Paaila to Step Up

Paaila Technology recently took it to social media announcing its current work in progress. The shortage of ventilators with the rise in COVID-19 cases has hit the world at a drastic level. The team at Paaila is working on the development of low-cost ventilators to support the government and medical facilities in Nepal.

The company claims that when needed, these low-cost ventilators can be mass-produced in a short span of time. Moreover, they claim these ventilators to be robust, reliable, and fault-tolerant with backup power. These will feature tunable alarms as well.

The operation of these ventilators will be similar to the regular ventilators equipped with the most common modes of operation.

According to Paaila, these ventilators will have the following features:

The future of robotics and AI seems to be taking a potentially better turn in Nepal. The fact that Paaila is responding quickly to the current situation in Nepal is praiseworthy. It is a fact that human interaction needs to be limited as much as possible.

During such times, robots seem like the best option to help humanity control and fight the pandemic. Robots are for human convenience and service. Robots taking over the world may be a good plot for a sci-fi movie but it is a need of the hour.

However, one has to imagine the possibilities of robots turning most people jobless. As convenient as they may be, can robots really replace all human activities?

What do you think? Will the rise of robots be a threat to humanity or a leap forward in the world of technology?

Coronavirus Is Forcing People To Work From Home, Will Worldlink Break...