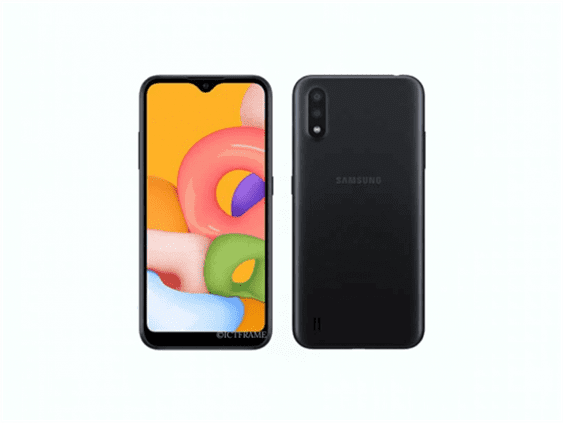 Samsung Galaxy M01s has finally made its debut in the budget lineup of Samsung smartphones in Nepal. It is the elder sibling to the recently launched non-s variant. Launched as a slightly expensive version of the Galaxy M01, let’s have a look at the Samsung Galaxy M01s price in Nepal along with its specs and features.

It hadn’t been long since Samsung launched the Galaxy M01 in India and it had already unveiled the M01s. In fact, the brand new model had already bagged TUV Rheinland certification which revealed its 4000mAh battery. Moreover, its Geekbench listing revealed some interesting information on the Galaxy M01s prior to its official launch.

It features the MediaTek Helio P22 SoC chipset and 3GB of RAM. Likewise, the model is equipped with 32GB of storage, the same as its non-s variant.

Samsung Galaxy M01s also comes with a PLS TFT LCD display with a resolution of 720 x 1520 pixels. Moreover, the screen has a 6.2-inch Infinity-V display. On the camera front, it comes with a 13 MP + 2 MP camera with features like Auto Flash, face detection, Digital Zoom, and Touch to focus. The selfie shooter is a 5MP camera.

It also comes with Android 9 Pie which seemed unlikely at first since Samsung released the Galaxy M01 with Android 10 running OneUI 2.0. However, going with the naming convention of Samsung smartphones, we predicted that it would feature a better processor and improved cameras as well.

With its recent launch, we also have an idea for the color variants of the Galaxy M01s. One is blue, which should be similar to the M01, and the other is grey. However, there’s no saying when Samsung plans to launch the smartphone in Nepal.

With its official launch in the smartphone market, it became the first ‘s’ variant in the Galaxy M (2020) lineup.

Also, check out the specs and price of the recently launched Samsung Galaxy M11 in Nepal.

The official price of Samsung Galaxy M01s in Nepal is NPR 15,999. The device is available for purchase from your nearest mobile retail shop.