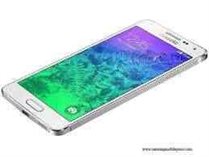 Samsung is going to relaunch a new phone. After the launch of Samsung Galaxy S6 and Samsung Galaxy S edge. The phones have got a fantastic response from the users. The curved screen version of the Samsung Galaxy S6 is the Edge.
The Edge has been new to the innovation category. However, the new phone they are going to be launching is Samsung Galaxy S6+. The Korean Electronic giant Samsung is preparing for starting the phone. The news is according to a blog in sammobile.com. It says that the phone will be launched in coming September in the I FA consumer Electronic trade show in Berlin, Germany.
The manufacture of this phone has given the name of project Zen 2. The phone will be featuring a 5.4 or 5.5 Inch super Amoled display. This phone will also have a design like that of the S6 edge which is a curved one.
S6 Edge has its bottom part curved whereas the S6 plus will have both paths of its phone bent, i.e., top and bottom. The phone will feature a lollipop version of Android. With 32 Gb Internal space, it will also feature a 2 GB RAM. It runs a Qualcomm MSM8992 Snapdragon 808 processor.
External memory should be extended up to 128GB. The phone features a camera of 16Mp which can do a video recording of [email protected], front camera of 5 MP which can record 1080p video. Therefore the phone has some excellent features concerning the camera as well.
The sensors like Accelerometer, Gyro, Proximity, Compass, Barometer are also present in the phone. The phone will be able to be Wirelessly charged. The phone will come in two colors that are White Pearl and Black Sapphire. The phone is a feature with other unique services like Fingerprint sensor (PayPal certified), Samsung Pay (Visa, MasterCard approved). The phone uses a Nano-SIM. The phone will also have NFC enabled.
The phone is expected to be a big success in the market. However, the design of the phone is a risk but the step of launching S6+ after the edge was a right decision which can turn out beneficial for Samsung.