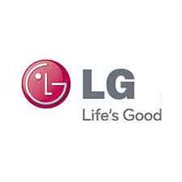 LG has been improving its Technology in the field of television too. LG is one of the worlds largest LCD screen maker. And with its advancement, the Display is expected to be a lot thinner.

The Korean company is betting big on screens powered by tiny organic light-emitting diodes, or OLEDs. So we might think that there is not much difference in the two display. But if you keep them side by side, you will probably know the difference.

“When you see one LCD and one OLED side by side, there’s a 120 percent difference,” says Han Sang Beom, LG Display’s chief executive officer. OLED TVs helps in showing deeper blacks and more vibrant colors on the Television.

The TV has been expected to be thin as possible as smartphones. $3 billion have been spending on making the OLEDs tv from the company. LG Display was the one to be top in the list during the time of LCDs. They probably started with the flatiron.

And now they are expecting to rise in the TV business with a good investment in the OLED screen. Samsung, LG was the rivals for display before as they both focused on LCD. Samsung is working on a smaller size OLEDs display and larger size LCD. However, LG is one risking for the larger size OLEDs display, so LG is on its own now.

The reason may be because there is less demand for small size screen of the display of LG. However, they might be the one to conquer the market for the larger sized  OLEDs display.  The reason LG focused on the more prominent displays was also the same that their smaller displays were not in demand.

That’s allowed LG Display to gain an edge over Samsung in the category. LG uses a Metal Oxide in the back cover of the display whereas Samsung uses a Poly-silicon. LG’s price is said to be cost-effective though people should have a reasonable price so that they can make a switch.

The OLEDs screen costs are high for the customers, so we look forward to the cost implementation of the displays. The price of LG’s OLED display is $5.5k whereas the cost of the similar model but having LCD is $1.9k.

This explains the wide gap in the price which won’t motivate customers to switch from another. With significant investments, LG’s has also lost so much in this business.