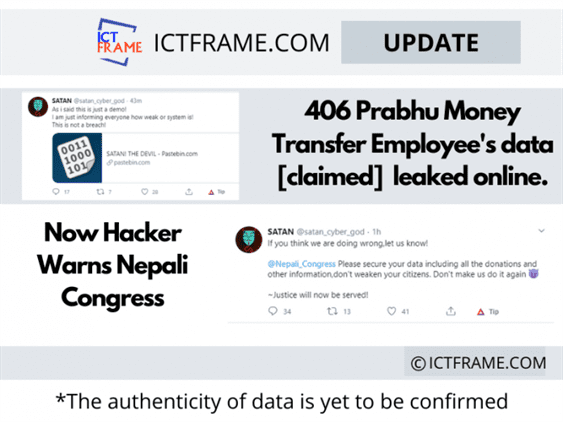 Saying the demo, SATAN (@satan_cyber_god) has leaked data of 406 people’s data including IP address, email, phone number, and name.  The data is claimed to be of Prabhu Money Transfer Employees.

In his tweet, he says, ” As I said this is just a demo! I am just informing everyone how weak or system is! This is not a breach! “.

Previously, the same person had threatened Prabhu Money transfer with the username @Cyber_hell_god that he’d leak the data of Prabhu Money Transfer as a demo if the loopholes are not fixed.

The data has been leaked from Pastebin. Although there are 406 people’s data, the authenticity of the data is unknown. Once the data is verified to be real or fake, we’ll update you. Keep visiting the ICT Frame.
The hacker is now warning Nepali Congress to secure its data
The hacker has now requested Nepali Congress to secure its data including all the donations and other information. He added not to weaken its citizens. After warning not to make him do it again, he ended the tweet with ‘Justice will now be served.’ 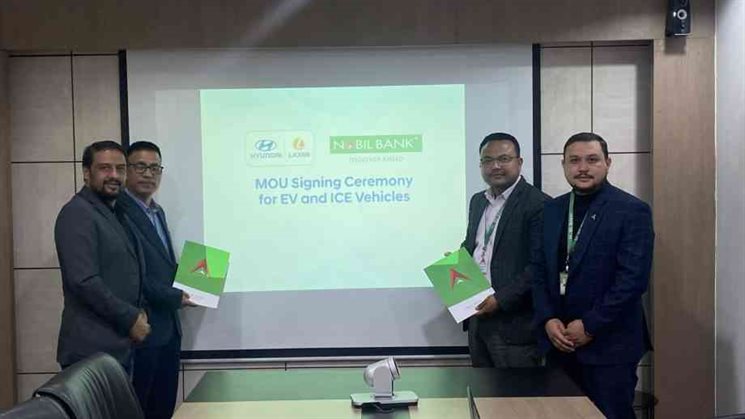