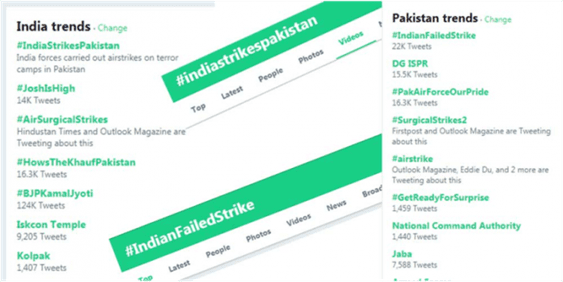 The air attack by the Indian Air Force in Pakistan has raised a few loud voices on Twitter as well. The users from the two countries stand in for and against in the twitter battle.

#indiastrikespakistan was made viral in India by the users. Likewise, #indiafailedstrike was made viral on twitter by Pakistan’s supporters. It stayed as the top topic in Pakistan. More than 25 thousand tweets have been made under this hot topic. 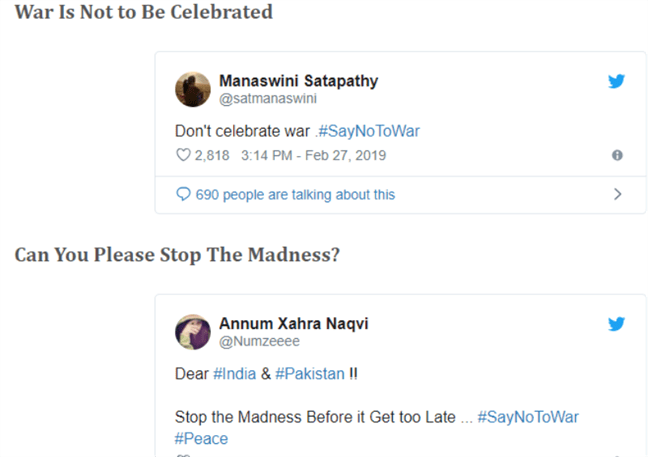 Pakistanis have raised a finger towards the Indian politicians stating that the attack was a way to get into action for the upcoming elections in India. Many supporters of India have shown their allegiance to the offense and have said it was the right thing to do.

Almost all Indian media covered the news that broke out from Twitter for over a day. The press praised Prime Minister Narendra Modi for this action and covered news related to this topic for quite a long time.