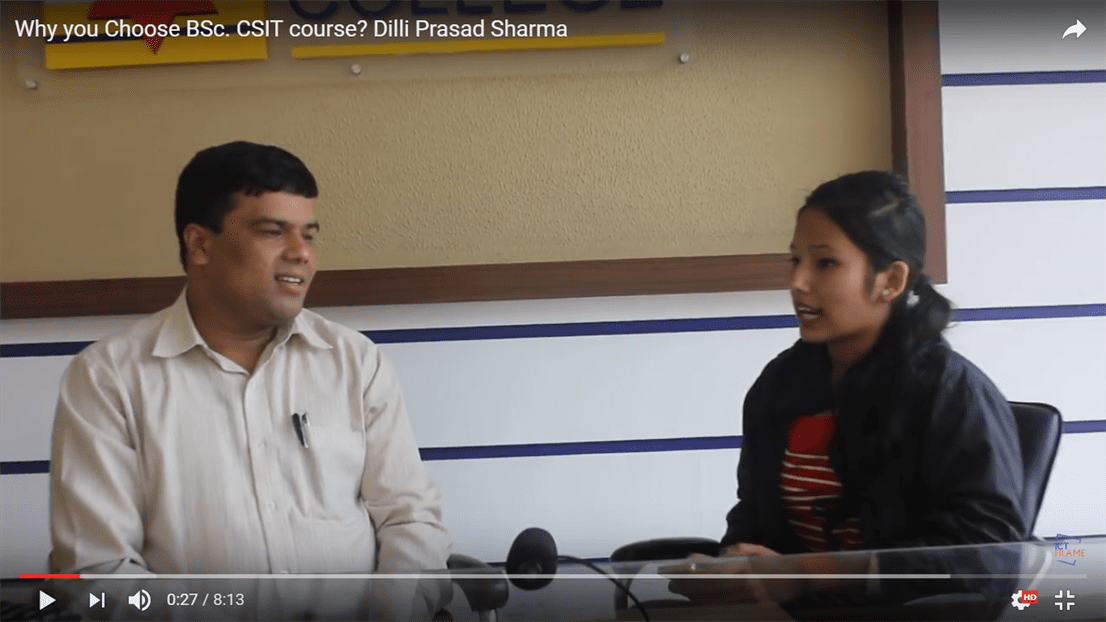 In the competition of most of the academic colleges, Prime College name always come forward.  And it is one of the best and the most preferred colleges for most of the students as well to learn BIM, BBS, BBA, and BSC.CSIT courses.  Not only this, but its glory has also increased day by day as soon as it has started the sequence of BSC.CSIT being staying in the heart of Kathmandu valley at Khusibu (Naya Bazar).

BSC.CSIT course is one of the most globally updated, recognized and accepted path having a wide range of scope. So realizing its global market scope, Prime College has started this course in Nepal to promote IT in the field of software development.

During the interview with the Program coordinator of Prime College, Dilli Prasad Sharma told that most of the students had confusion on choosing BSC.CSIT and Computer Engineering Course. So he had mentioned that both of the courses had equal value in the market. The only difference is if you did an internship in Computer Engineering you got a chance to get the title of “Er.” In front of your name, but the case of BSC.CSIT you didn’t.

He further told that IT had a global market so they can easily cope with national as well as international demand. Furthermore, he said that it had solved the Brain drain problem somehow in Nepal since it made capable of students to do the online job in Nepal as well.

Thinking all these possibilities, they always dedicated to promoting their students’ both academic as well as market-oriented environment to build up to them as professional.

Besides, they had fully furnished rooms with modern amenities, Audio Visual Training Aids, Workshops for demonstrating the functions of several instruments, and for the physical development of students, they have a good playground for basketball, table tennis, badminton court, football, etc. Furthermore, they tie up with most of the IT companies and provide the best academic as well as an outdoor program to boost up their career. For this reason, it has become the choice of every fresher student.

Interview With CEO Of Women In STEM, Binita Shrestha