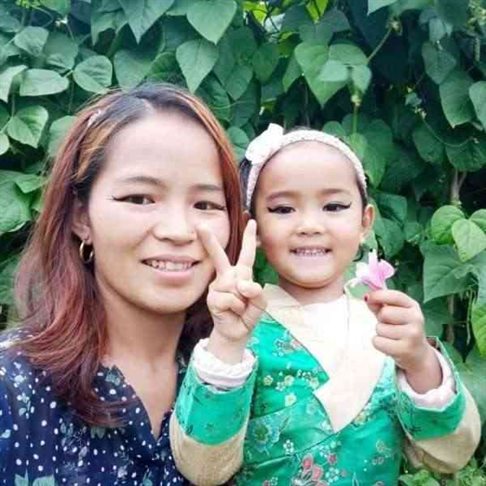 The Nepal Internet Foundation, an organization working in the field of social, technical, and research in Nepal for the past few years, in collaboration with Indian activist Sunil Jaglan, conducted a program called ‘Selfie with Daughter’ in Nepal with the theme of women’s empowerment and gender equality.

Thousands of selfies were sent with their daughters during a month-long campaign in Nepal. The selfie of Pratibha Ghising and her daughter Pratishtha Lama has won the first prize in this campaign. Similarly, granddaughter Nishudika Rai’s selfie with Dakshya Bahadur Rai and Moti Sara has secured the second position. In contrast, a selfie of Yamuna Prasai and Shreya Poudel has secured the third position. The winners have been awarded trophies and certificates worth Rs 21,000, Rs 11,000, and Rs 5,100.

The objective of this campaign is sensitization of the society in general and male towards the rights, equality, education, health, safety, empowerment of girls & women and bring awareness in the society against abortion of girl child/sex determination.

The Selfie With Daughter campaign was highly praised and appreciated by many national and international organizations for its significant contribution to Women’s Empowerment, like by The United Nation’s High-Level Political Forum in 2017. This campaign was also appreciated by the Economic Survey of India, 2019, and the Organization for Economic Cooperation and Development (OECD), a 35-nation international organization, in Nov. 2020.

Union Minister of State of India Rao Inderjit Singh was the chief guest at the event on Wednesday. Addressing the program, Singh stated that the ‘Selfie with Daughter’ campaign had had a positive impact on raising social awareness in India. He said that such campaigns should be launched to develop social consciousness through technology to eradicate the scourge of daughters and treat them differently from sons in Nepal and India. The Selfie with Daughter campaign has not only made daughters and women socially stronger, but the campaign has also taught us to give respect to daughters in society, and this campaign has taken the form of a people’s movement.

Similarly, former Minister for Women, Children, and Senior Citizens of the Government of Nepal Julie Kumari Mahato addressed the program. Speaking on occasion, Mahato said that in a less developed country like Nepal, children are still discriminated against, dowry, and other social evils and these practices have caused problems for a very long time. She also stated no other campaign became as popular and viral as the Selfie with Daughter campaign before Nepal. Furthermore, she said that the social revolution of respect for daughters, which started from India’s neighboring country, is moving ahead at a fast pace in Nepal. Therefore, a campaign like ‘Selfie with Daughter’ would help develop social consciousness.

Abhishek Singh, Chief of National e-Governance Division under the Ministry of Electronics and IT, Government of India, was also present on occasion. Addressing the gathering, he said that such campaigns on India’s technology have helped improve the social lifestyle and eliminate discrimination.

Singh also said that the Selfie with daughter campaign launched by Prime Minister Narendra Modi is taking a global movement today. This is a matter of pride for India and Nepal.

Launched under the leadership of Sunil Jaglan of India, the campaign has become popular in India and Nepal. Bikram Shrestha, president of the Nepal Internet Foundation, said that such a campaign in Nepal had encouraged daughters to look at gender equality positively and behave in the same way.

The ‘Selfie with Daughter’ campaign, which started in Nepal on May 9th a month ago, has become very popular. Millions of people join the campaign within a month, leaving a positive impact on society, said Shrestha.

Nepal’s program coordinator Kalpana Shrestha said, “We have found that the social video message created by the participants in this program is transforming the society that is used to despise their daughter to some extent. The Selfie with Daughter program is currently working to bring a lasting smile to the faces of Nepalese girls. She also thanked all the guests present on behalf of the Selfie with Daughter team at the end.

According to Sunil Jaglan, founder of the Selfie with Daughter campaign and the foundation, the campaign was started in Haryana, and Indian Prime Minister Narendra Modi has praised him in many programs, including ‘Mann Ki Baat.’

“People of Nepal love this campaign and we believe it will set a new dimension for women’s empowerment,” said Jaglan, founder of Selfie with Daughter.

. The Selfie with daughter campaign has also started focusing on areas like awareness Programs related to government schemes launched for Women/Girl Child, Sensitization against the issue of domestic violence, dowry, and early marriages, particularly in the Mewat region of Haryana, the most backward district in India as declared by NITI Ayog.