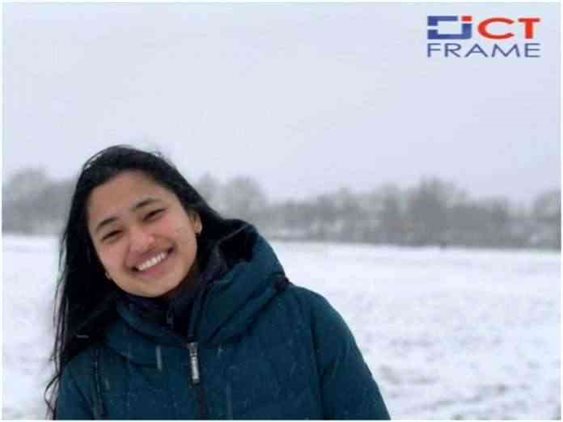 Saru Shrestha, a daughter of Nepal has been selected in the team to send spacecraft and satellites. She was born in Pokhara, Kaski, Nepal.

She has done her SLC from Secondary School Step by Step Boarding Pokhara. And Higher Secondary level Education from Novell Academy Pokhara.

She has been living in The Hague, Netherlands with her parents for the past 6 years.

Andre Kuipers, one of the world’s greatest and most successful astronauts studied in Space Exploration under Aerospace Engineering at TU Delft University, Netherlands. Saru Shrestha is studying in the same college in her final year of post-graduation.

She is considered to be one of the best students of this world school and recently she has won the Student Council by a huge margin.

She had a huge dream of traveling to space. Joining the team that sent spacecraft and satellites into space with the dream of leaving space travel, if her dream comes true, she will become the first Nepali citizen in Nepali history to go into space.

It is a proud moment and a piece of very good news for the nation too. A girl from a developing country like Nepal is selected in the team to send spacecraft and satellites.

Microsoft Has Announced The Successor Of The Band2