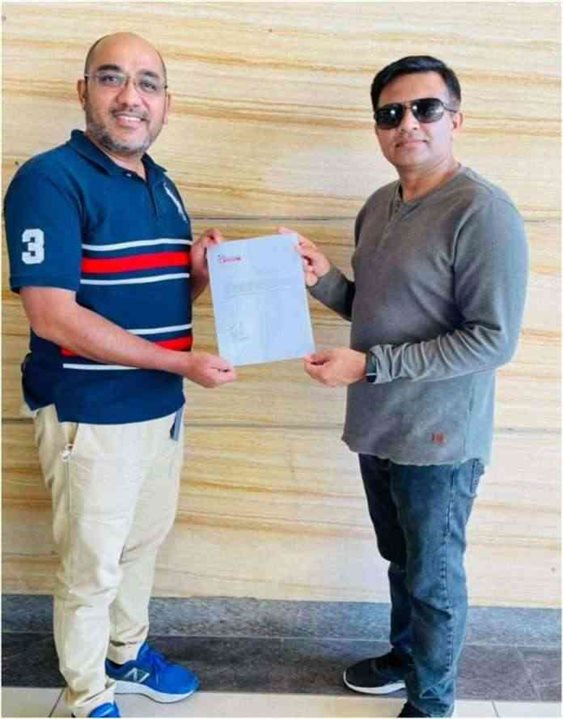 India’s two major campaigns ‘Selfie with Daughter’ and ‘Daughter’s Name Plate’ will now bring Women Empowerment, Gender Equality, and the use of the Internet in Nepal.

India and Nepal have always shared a strong relationship and the efforts to bring a cultural change by adopting each other’s campaigns will be a sight to watch.

The founder president of Nepal Internet Foundation Mr. Bikram Shrestha and the Director of Selfie with Daughter, India Mr. Sunil Jaglan have come together to sign a memorandum of understanding between them.

According to the same the two major campaigns started by Sunil Jaglan, Selfie with Daughter, which has impressed the people of Nepal and was praised by the honorable Indian PM Mr. Narendra Modi and the immediate Past President Pranab Mukherjee.

Daughter’s Nameplate is being adopted by various state governments in India like Haryana. These two campaigns impressed Mr. Bikram Shrestha so much that he meets Sarpanch Sunil Jaglan. Now, an MoU has been signed by both and both the campaigns will be started as per the rules of Nepal.

The Nepal Internet foundation (NIF) supports the concepts and ideas to mitigate the gap that occurs towards the interest of society, content, research, and technology in favor of the internet &amp; communication among people. The foundation works closely with individuals, communities, government, NGOs, INGO’s and the private sector to leverage the potential use of the internet and communication. NIF has contributed towards Internet governance, digital education, and empowerment of Society. Now it is a vision to empower Nepal’s women with the help of Selfie with Daughter using technologies and Daughter’s Nameplate for gender equality.

Mr. Shrestha has invited Sunil Jaglan and his team to Nepal too. 9th June is celebrated as Selfie with daughter day and this has been confirmed by Bikram Shrestha that it is going to be so popular in Nepal. Nepal Internet Foundation will play a lead role in the execution of the campaign whereas Women Entrepreneurs Association Nepal (WEAN) and JCI Budhanilkantha will be the supporting organization for the campaign.

SmartDoKo Special Offers and CashBack on This Father’s Day