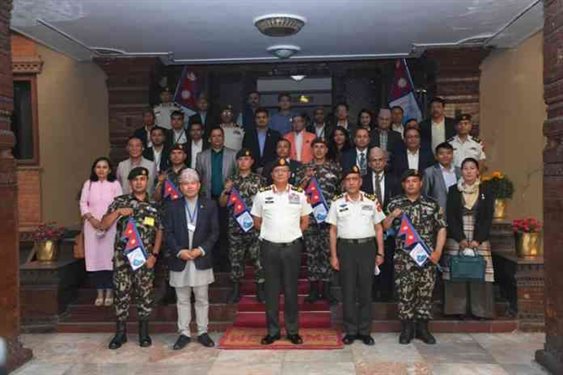 Coca-Cola and Himalayan Climate Initiative (HCI), a long-term partner of Coca-Cola has joined hands with the Nepal Army for the Mountain Cleaning Campaign 2021. This is the second edition of the national cleanup program to keep the Himalayas clean from waste. The multi-stakeholder program is aimed at protecting the mountains and minimizing the effects of climate change by cleaning up six peaks, which include Mount Everest, Lhotse, Makalu, Dhaulagiri, Pumori, and Ama Dablam.

Lt Col Deepak Bhandari, Media Coordinator, Mountain Cleaning Campaign 2021, “We are delighted that the Coca-Cola system is supporting the efforts set by the Nepal Army and the Government of Nepal, to clean the glorious mountains of the nation. Our goal is to extract as much waste as possible from the peaks to restore the glory of the Himalayas. In addition, we are engaging with communities and partners to increase awareness of keeping the mountains clean, as we know education is key to changing behavior.”

In 2019, Led by the Nepal Army, Coca-Cola along with multi-stakeholders successfully carried out the first mountain cleanup campaign named “Mt. Everest Clean Up 2019”. Through this campaign, 4,892 Kgs and 5,694 Kgs of waste were collected from Mt. Everest and Everest Base Camp respectively.