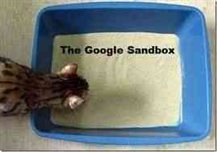 New Websites do not behave in the same way as older; more established websites do in Google’s Search Results. This may be the result of what SEO professional dub the “Google Sandbox Effect.”

The Google Sandbox has been coined to describe the effect that allegedly filters and prevents new websites from ranking in search results for a certain amount of time.

According to some SEO professionals, the Google Sandbox effect, in reality, punishes new domain names that have not been indexed by Google before rather than the new websites. So, sites that are undergoing redesigns are safe from this effect.

The Google Sandbox could be used by Google filter many things other than just a new website. Google could also use this for sites that it believes are not playing fair or that have suddenly gained large volumes of inbound links.

If you have a new website, you should make your changes and optimize it gradually. This includes building natural links to your site. Other ways to rank better even with the sandbox effect are: