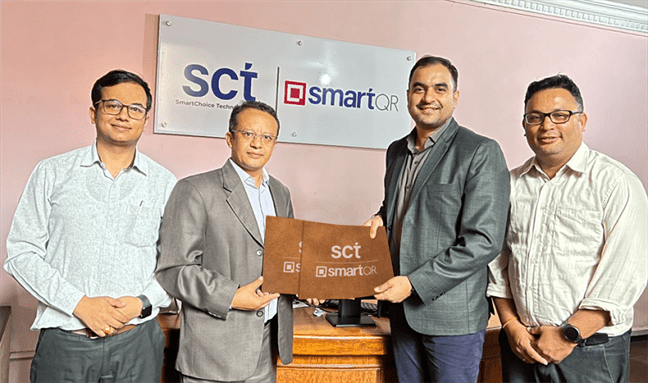 An agreement has been reached for interworking between Smart QR operated by SmartChoice Technologies Limited (SCT) and UPI Nepal QR prepared by Gateway Payment Service (GPS).

SCT has been providing payment facilities such as SCT UPI Card, and Smart QR, which have been in use for the past 20 years.

Gateway Payment is starting a service that can be transacted between Nepal and India through the payment mechanism affiliated with the National Payments Corporation of India (NPCI). The statement mentions that the agreement will help in the development and promotion of the country’s overall digital payment system.

An inter-affiliation agreement has been made as per the instructions of the National Bank. Customers can pay easily and securely through the Payment Service Provider (PSP) wallet and mobile banking app within Smart QR’s network to various businesses/businesses that take advantage of UPI Nepal QR. Businesses that have been accepting payments through Smart QR can also accept payments from customers affiliated with the UPI Nepal QR network.