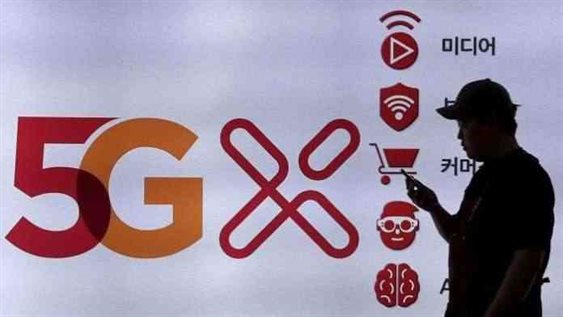 Based on the fifth generation, this wireless technology will not only be able to communicate with mobile networks but also through the powdered toast machine to telephone, electrical car to an electricity transmission line. But this South Korean technology has had to face a lot of challenges from the United States and China.

South Korea is considered quite a few steps ahead in the contemporary world in the development of new technology. The latest technology in Korea will be about 20 times faster than the mobile technology of the current fourth generation. Using a fast fifth generation technique, a single movie can be downloaded in less than a second.

Due to the network of fifth generations, it will be easy to operate various kinds of electrical equipment such as automatic driving vehicles. This technology will bring easy access to industrial robots, drones, and other Internet-based devices and services.

According to a study, with the advent of the fifth-generation mobile network, by 2034 AD, the global economy worth $565 billion will be transacted.

The United States is urging the world community not to buy the fifth-generation telecom network over Huawei’s 5G network. With the use of rapid internet, US claims that China is important information center of the whole world.

However, Chinese company Huawei has mentioned that American claims are false. Huawei has also developed the 5G telecommunication technology.

Two weeks later, LG also has brought new V50 model smartphone. But the market value of these smartphones is estimated to be high. Vice President of K.T. corporation, Pil Jae Lee has said that by the end of this year, more than 30 million Korean nationals will start the use of fifth generation telecom service.

Until recently, no company has made the fifth-generation telecom service available throughout Korea. Even in the US, such services have started getting available in a few sectors and is available only over Wi-Fi.

Qatar’s telecom company, Ooredoo has begun to provide the fifth-generation telecom service to people in Doha but lack the proper equipment for running 5G services.

From the next week, American company Verdict is offering fifth-generation telecom service to Chicago and Minneapolis’s mobile consumers. By the end of this year, the company will provide service to more than 30 cities in the country.

Japan has also been planning to provide free Wi-Fi services in limited areas within 2018. Japan also plans to provide full-fledged 5G services before the Tokyo Olympics in 2020.