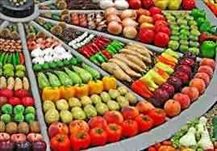 The supermarket is another large scale relating institution. This was the first started in the United States of America. The practice of supermarket appeared during the great economic depression of 1930. In the beginning, supermarkets were established and operated mainly to sell goods, vegetables, fish, meat, fruits, milk, and other dairy products. But in the present age, supermarket also merchandise such as household goods, cosmetics, dolls, electrical, medicines, handkerchief, soaps and so on.

It is difficult to find a satisfactory definition; it is given below:

Cardiff, still and Govini have defined supermarket as- a supermarket is a sizeable retailing business unit selling mainly food and grocery items by low margin appeal. High turn over, wide variety and assortment, self-service and heavy emphasis on merchandise appeal.

So, a supermarket is such a retail institution in which varieties of goods, mainly, foods varieties are sold at the same place. The effort is made to sell products at a minimum price so that most of the customers are benefited. It is organized and operated by departments, but it is very different from the departmental store.

The characteristics  of the supermarket are given below:

Variety of products: all types of foods including other non-food items such as medicines, cosmetics, readymade garments, household goods are sold out from supermarkets.

Self-services: self-services is given more priority in supermarkets, the customer should bring the goods that they want to buy to the country by themselves.

Supermarkets are established mostly in the centuries of cities. Varieties of goods are made available and sold out at supermarkets. Only sellers are employed. The operation method of the big supermarket is similar to the process of departmental stores.  The supermarket is operated as a joint stock company.

A board of director is formed to manage the business.