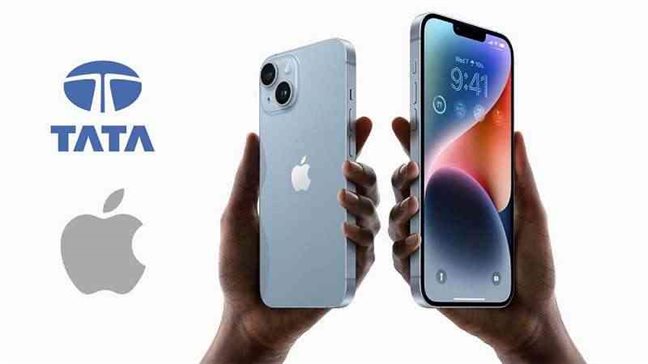 Tata Group has started preparing to produce iPhones in India. Tata is in talks with a Taiwanese supplier company Wistron Corp to set up an electronics manufacturing company in India.

If this joint venture deal is successful, Tata Group’s dream of producing iPhones in India will come true. Also, Tata will be the first company to manufacture iPhones in India.

Now China is producing iPhones with great results. The iPhone is a product of the American Apple company. And, although it is expensive, it is popular all over the world.

South Asia is also a big market for iPhones, and India is the leading one. After the production of the iPhone in India, it is estimated that there will be strong competition with the production in China.

India can take advantage of the huge impact of Corona on China’s manufacturing industry and the growing political distance between America (and China) on the issue of Taiwan.

According to the Indian media, Tata’s deal with the Taiwanese company is yet to be finalized. Now there is intense discussion about whose share will be and how much. And, it is said that it will be resolved in some time.

According to an official of the Tata Group who participated in the discussion, Taiwan will establish a company in India for iPhone production and Tata will be able to buy its shares. Or, Tata can produce iPhones from its plant by setting up a new company. Apple wants to produce the iPhone in collaboration with a local company. Now Apple is also eyeing India.

The goal of the new company to be established in India will be to increase production 5 times more than the current production of iPhones. It is said that this partnership will not be limited to iPhone production only. It is also intended to produce smartphones.

Tata Group Chairman Natarajan Chandrasekaran has been saying that they are focusing on establishing an electronics i.e. IT manufacturing company.

Now China is producing the most iPhones. A plant in China can produce 350 iPhones per minute. In Zhengzhou, Foxconn has a plant with an area of ​​2.2 square miles, where 350,000 employees work.

Vivo V15 Pro Review With Pros And Cons: Should You Buy?