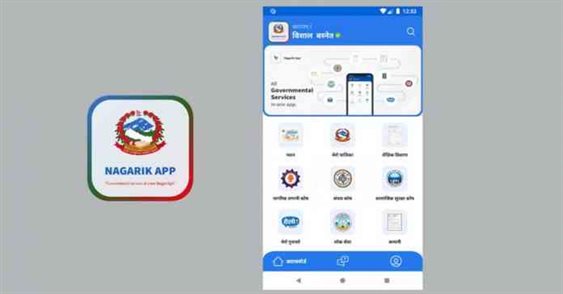 Until now Nagarik App is in Beta Version. But the government is planning to launch the full version of the Nagarik App to the public.

The government will celebrate National Information and Communication Technology Day the next Sunday.

According to a source in the Ministry of Communications and Information Technology, there is a program in the works to formally make the Nagarik app public.

There is a service in the beta version that can obtain a permanent account number (PAN) from the app. And it was recently made possible to obtain a police clearance report.

Furthermore, the app allows you to access the information of your Citizen Investment Fund, Employees Provident Fund, Social Security Fund, and PAN.

Following the release of the beta version, several users complained that their citizenship was not identified. And that there was an error in creating an account in the app too. However, the Ministry of Home Affairs has recently established a separate scheme to address the issue of citizenship.

In the event that the citizenship details are not found or an error is discovered. Nagarik app users can submit a request for redress via the accompanying option. Accounts in the Nagarik app can be opened using citizenship, a voter id card, or a passport.

More special services and features are expected to be available as soon as the Nagarik app is officially released. However, there is no clear indication of the services and functionality that will be included in the app.

The beta edition of the app has been downloaded over 500,000 times on Android and iOS.

ESewa Launches Dashain Offer; Get A Chance To Go Thailand