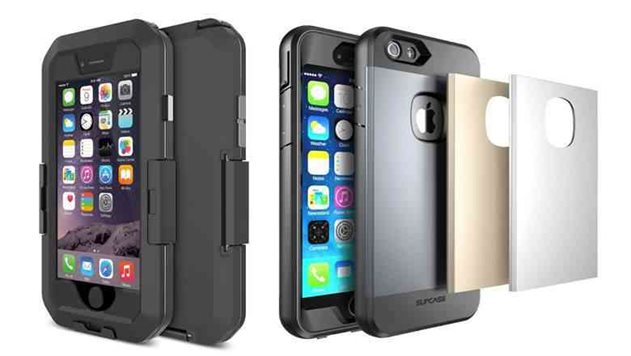 IPhone, the word iPhone has become so familiar with us that we trust these phones so easily and buy them as soon as possible after its release date. We never try to know what drawbacks it has carried, we only see its good aspects. But, there are critics everywhere who sees both good and bad sides of every things so as in this gadget as well.

As we all know, last year two new iPhones were released viz “iPhone 6” and “iPhone 6 plus”. After selling many iPhones released last year, Apple publicized its upgraded version “iPhone 6S” and “iPhone 6S plus” last week. While seeing this new iPhone, you cannot find any new thing there. But, According to Apple, only looks are similar; all others are upgraded.

Though having these different features, there are still many recommendations for correction. Let’s see what the drawbacks of iPhone 6S and iPhone 6S plus are??

The small battery was not recommended for iPhone 6S. In this phone, 1717 mAh battery has been used, likewise in iPhone 6S plus the battery with 1815 mAh has been used. IPhone’s nonnegligible weakness is its battery life. It has very less battery life than any other mobile phones, because of which users are facing problems. Rather than changing the type of battery, Apple has used even a small battery than that one. Having just 15 mAh difference, Apple might say that there is no difference in battery life than the last one has. But, the last obstacle has not been corrected yet, in the new iPhone, even less powerful battery has been kept. There is no type of problem in iPhone 6S plus because it already has good battery life.

In today’s digital era, we cannot say that 16GB storage is much enough. While competitor Samsung is providing more room than 32GB to its users, it is casual that at that time iPhone expects to give more storage to its users and come in the competition with its competitors. More than that, when there are features like “live photos” and 4K video, 16GB storage is of no use, it will only look like the sesame seed in the mouth of an elephant. Though it is said 16 GB, the apps and the software inside it will have already taken so much space that the users should stop dreaming of keeping a maximum number of pictures and movies in it.

3) OIS has been removed

Optical Image Stabilization (OIS) has been removed from the small sized iPhone 6S, and this looks that they have done a great mistake doing this. These days, the cheap mobile phones that are available in the market have technology like Optical Image Stabilization. After buying an expensive mobile phone, if there is no such casual feature then what’s the use of buying such an expensive iPhone? And why should users spend so much on this iPhone?

While looking iPhone 6S, it looks much similar to iPhone 6. But, it has a thickness of 7.1mm and is a little longer also. But, some of the unsatisfied users can make this as an issue and can make it an even bigger one. Because, these days, every new phone that is launched are thin and thin every time the new one is launched, and this thing becomes a competition. Likewise, its “camera blog” is kept situ because of some reasons. As Apple has even removed OIS, then you can also understand the absence of Camera blog.

5) The lack of Full HD Screen

In small sized iPhone 6S, it has got 1334X750 pixel resolution. Its 4.7-inch screen can be converted into 327 pixel per inch, which is adequate. But, we have seen that Galaxy 6 has 2K Screen. Because of a small battery, high resolution is not a must thing; Apple could have kept Full HD Display in iPhone 6S like in iPhone 6.